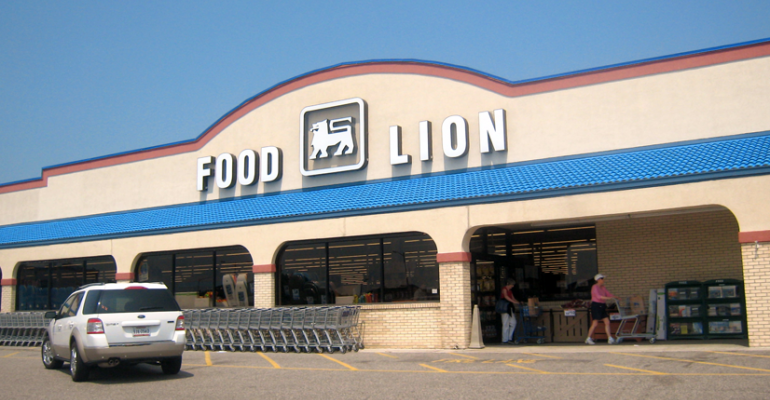 Underlying profits in the U.S. decreased only slightly as the company continued to invest in prices as part of the ongoing repositioning of its Food Lion stores but also began to lap the initiation of such investments a year ago.

Delhaize’s overall performance was impacted by struggles in its native Belgium market, leading to an overall loss of $60.2 million down from a profit of around $140 million a year ago. Total sales of $7 billion (U.S.) increased by 3.7% at identical exchange rates.

In the U.S., sales totaled $4.4 billion, an increase of 4.7%, with comps of 3.3% not including a 0.8% calendar benefit. It was the seventh consecutive quarter of improved comps at Food Lion, officials noted.

In a conference call Thursday, Delhaize CEO Frans Muller said the company would begin Food Lion store transformations around Wilmington, N.C., later this month, and in Greenville, N.C., later this year. These 77 stores will adopt elements of the “Easy, Fresh, and Affordable” format pioneered at Food Lion’s Concord, N.C., store late last year. That unit’s sales have improved by 20% since the change, Muller said.

Muller said Hannaford stores continued to show strong sales momentum in the quarter while the Bottom Dollar discount format was “very close” to break-even profitability. As previously reported, Delhaize has halted expansion of that format while its team works to improve its profitability.