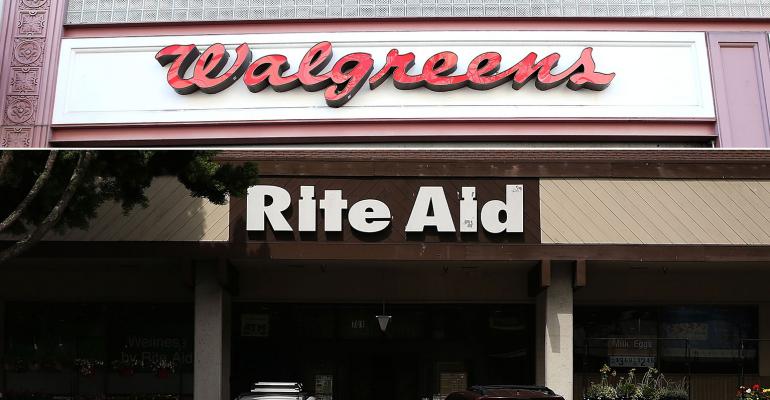 Under scrutiny by federal antitrust regulators, Walgreens Boots Alliance on Thursday called off its two-year pursuit to take over Rite Aid Stores Inc. and instead said it would buy about half the chain’s stores in a new $5.175 billion deal.

Stock in both Fred’s and Rite Aid tumbled on the news early Thursday.

"This new transaction extends our growth strategy and offers additional operational and financial benefits," Walgreens CEO Stefano Pessina said in a release. "It will allow us to expand and optimize our retail pharmacy network in key markets in the U.S., including the Northeast, and provide customers and patients with greater access to convenient, affordable care. We believe this new transaction addresses competitive concerns previously raised with respect to the prior transaction and will streamline and simplify the transition for customers, team members and other stakeholders."

Upon the initial closing of the new transaction, Walgreens said it would begin acquiring the stores and related assets on a phased basis over a period of approximately six months, and intends to convert acquired stores to the Walgreens brand over time.

In connection with the termination, Walgreens has agreed to pay Rite Aid a termination fee in the amount of $325 million in cash.

"While we believe that pursuing the merger with WBA was the right thing to do for our investors and customers, this new agreement provides a clear path forward and positions Rite Aid as a strong, independent, multi-regional drugstore chain and pharmacy benefits manager with a compelling footprint in key markets," Rite Aid CEO John Standley said. "The transaction offers clear solutions to assist us in addressing our pharmacy margin challenges and allows us to significantly reduce debt, resulting in a strong balance sheet and improved financial flexibility moving forward."

Michael K. Bloom, CEO of Fred’s, in a statement Thursday said the result was disappointing: “While the acquisition of additional stores was an opportunity for growth, we always viewed it as a potential outcome that would accelerate our transformation, not define it. This is a disappointing outcome; however, the termination of the transaction has no impact on the company’s transformation strategy or our ability to execute. We are as confident as ever that we have a strong team and the right strategy in place to drive long-term growth and profitability, and to enhance value for our shareholders.”