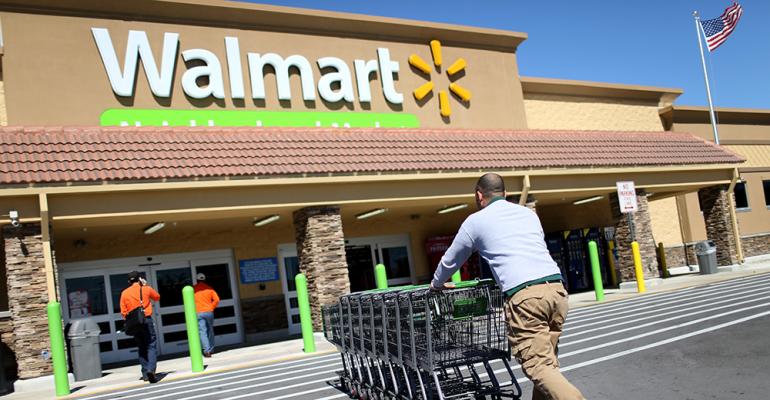 Wal-Mart Stores on Thursday reported another quarter of positive same-store sales growth in the U.S. and better-than-expected earnings, suggesting its price-and-service investments were gaining additional traction despite a rough environment for growth.

The Bentonville, Ark.-based mass merchant said U.S. sales in the quarter, which ended April 30, increased by 2.5% to $118.8 billion with non-fuel comps increasing by 1.4%, sparked by a 1.5% increase in store traffic. Companywide earnings-per-share of $1 exceeded consensus estimates of 96 cents and improved from last year — Walmart’s first increase in that statistic in more than two years.

CEO Doug McMillon, in a prerecorded conference call discussing results, said low-single-digit comparable sales in food and consumables during the quarter were the chain’s best performance in more than three years, helped along by easing price deflation, which was offset by Walmart’s own price investments. Sales at Neighborhood Market stores grew by about 6.3% in the quarter, Walmart added, although the company declined to provide a comp figure for that banner.

Walmart also saw improvements at its Sam’s Club warehouse club division, where sales improved by 2.8% to $14 billion and comp-sales, excluding fuel, were up by 1.6% and traffic improved 1.1%.

“We need to scale our e-commerce business further and see some additional strength in our store comps to deliver the results we know we’re capable of, so that’s what we’re focused on,” McMillon said.

Chuck Grom, an analyst with Gordon Haskett Research Advisors, in a note called those results “exceptional” and said Walmart had a “near perfect” quarter.