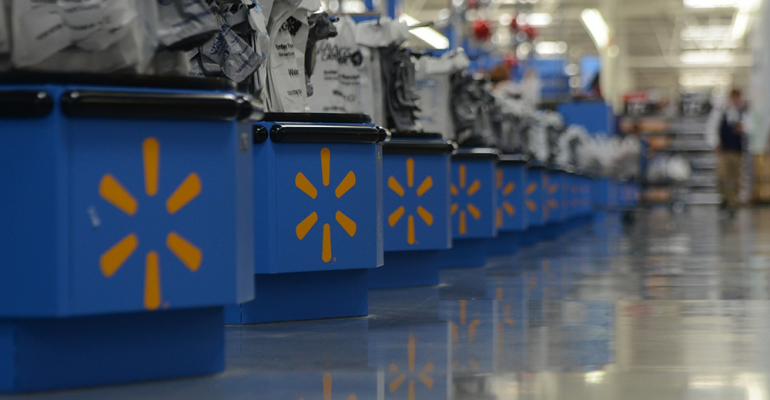 Also on Thursday, Walmart posted lower adjusted earnings per share but beat Wall Street’s consensus estimate by a nickel, sending its share price up around 5% in morning trading.

Consolidated net income attributable to Walmart came in at $3.61 billion, or $1.26 per diluted share, compared with a net loss of $861 million, or 29 cents per diluted share, in the prior-year period. Adjusted net EPS, reflecting unrealized gains/losses from the company’s JD.com investment, were $1.27 versus $1.29 a year ago.

Analysts, on average, projected adjusted EPS of $1.22, with estimates ranging from a low of $1.17 to a high of $1.25, according to Refinitiv/Thomson Reuters. 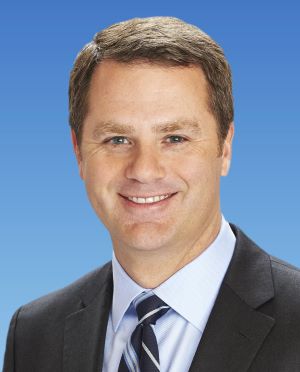 “We continue to have momentum, especially in the U.S. We thank our associates for their focus, speed and adaptability in this ever-changing environment,” McMillon (left) said Thursday in remarks on second-quarter results. “We’re favorably positioned as we leverage our expansive supercenter network to deliver a robust omnichannel experience. More than ever, we’re innovating across the business. We’re experimenting with emerging technologies to improve store operations and reduce friction in our customers’ lives. The initiatives we have under way provide extended access to our brand and position the company to earn a greater share of our customers’ wallet over time.

During the quarter, disruptive weather early on in some areas of the United States negatively impacted comparable-store sales, he noted. “Yet we saw significant improvement in comps as the quarter progressed and weather turned more favorable. On a consolidated basis, we had good top-line growth in constant currency, and along with productivity gains and cost controls, we were able to leverage operating expenses by 23 basis points,” he said. “Adjusted EPS was $1.27, a slight decline versus a $1.29 last year but stronger than we anticipated.”

“Comps accelerated sequentially on a two-year stacked basis to 7.3%, which is the strongest growth in more than 10 years. We’re gaining market share in key categories, including food, consumables, health and wellness and toys,” McMillon said.

“Our ability to deliver experiences that leverage our unique set of assets is paying off. As we scaled grocery pickup in the U.S., it unlocked new capabilities like grocery delivery,” he explained. “Customers love these services, and we’re rapidly expanding them to new locations and testing new options such as unlimited grocery delivery for a fee. And now, we’re taking convenience to a new level with InHome Delivery. Through this service, we’ll help keep customers in-stock on the items they need every day. Starting in the fall of this year, a group of highly trained Walmart associates will begin delivering groceries directly into the homes of customers — maybe in a garage, or in the refrigerator. It will be available to nearly 1 million shoppers in three U.S. cities.”

Walmart finished the quarter with more than 2,700 grocery pickup locations and over 1,100 delivery locations in the U.S.

“In e-commerce, sales growth of 37% reflects strength in online grocery and Walmart.com. We’re making progress to improve the fundamentals of our traditional e-commerce business, including the CVI [Customer Value Index] score and NPS [Net Promoter Score],” said McMillon. “We’re lowering our variable costs per unit, improving gross margin and increasing the number of monthly active users. I’m also excited about the opportunity we have to expand our marketplace. We’ve quickly grown this piece of the business in recent years, and I know we can do even more as we look ahead.”

Walmart also is making better-than-expected progress in rolling out its free NextDay delivery service, which was launched in several markets in May and slated to become available to about 75% of the U.S. population by the end of this year. 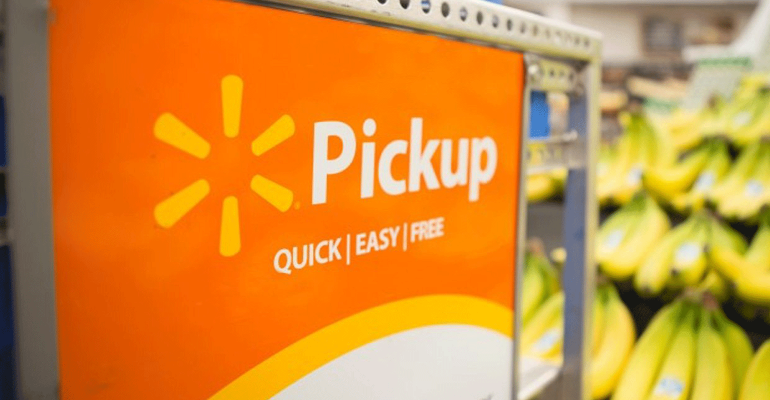 “I’m pleased to say that we’ve already reached that annual goal, and we’re working to expand it even further, including the available assortment,” McMillon said. “Customers are responding well, and we’re improving our economics by having inventory close to the customer which helps us reduce split shipments and the use of air freight.”

For the second quarter at Sam’s Club, net sales gained 1.8% for $15.05 billion from $14.79 billion a year earlier. Comp-store sales also rose 1.8% (1.2% excluding fuel). Transactions were up 5% year over year, but ticket size decreased 3.8%. The company noted that reduced tobacco sales lowered comp sales by 300 basis points. E-commerce sales increased 35% overall and were up 1.8% on a comparable basis. Operating income climbed 19.4% to $480 million.

“At Sam’s Club, comps improved sequentially to 4.2%, excluding fuel and tobacco on strong growth in customer transactions,” according to McMillon. “The team leveraged operating expenses, and profit grew by 19.4% on good flow through. Growth in membership income of 2.8% reflects the progress we’re making on attracting, retaining and upgrading members. Compared to last year, the total number of members, overall renewal rates and renewal rates for Plus members all increased for the quarter.”

“Comp sales growth reflects strength in grocery, including strong growth in private brands,” he said in his remarks on the quarter. “We’ve been pleased with the consistently strong performance in food and consumables, as the category had a mid-single digit comp increase in the quarter, and the best two-year stacked comp in nearly 10 years. Comp ticket was affected by slight deflation in food this quarter, while consumables’ inflation increased modestly. Health and wellness comp sales increased by a mid-single-digit percentage as branded drug inflation benefited results.”

Biggs also pointed out the importance of brick-and-mortar to Walmart’s omnichannel strategy. “The U.S. supercenter is a clear competitive advantage, and we’re finding new ways to leverage that important asset,” he said.

In grocery, the stores are working hand in hand with Walmart’s expanding online services, Biggs explained. “Having stores close to customers is a competitive advantage, and we’re leveraging that to provide convenience through grocery pickup and delivery, pickup towers, and the in-home delivery test that will launch this fall. We have more than 2,700 stores that offer free grocery pickup and more than 1,100 stores that offer same-day grocery delivery, keeping us on pace to reach year-end goals of 1,600 same-day grocery delivery stores and 3,100 stores with grocery pickup,” he said. “We also have nearly 1,200 pickup towers in stores, and we’ll be testing in-home delivery of groceries into a customer’s refrigerator in three markets.

“Customers want options in how they receive goods, and we are the best-positioned in the industry to provide choices through our omnichannel offering,” he added.