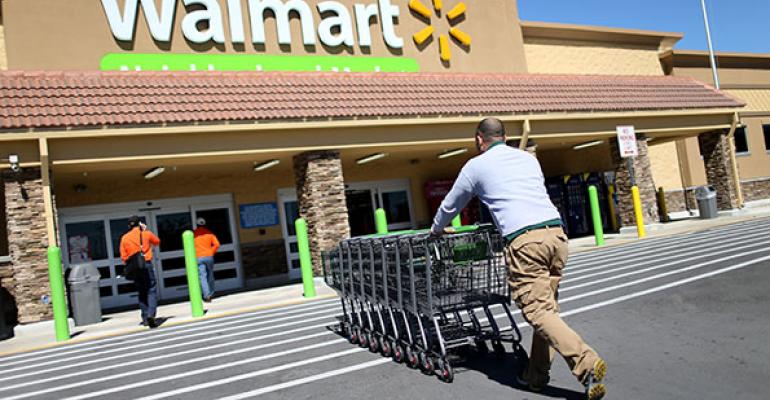 Officials of Wal-Mart Stores on Wednesday acknowledged that earnings would continue to be under pressure — particularly in the next fiscal year — as a result on ongoing investments in employees and e-commerce.

However, they said, they also expect to grow sales faster than the market, in part with a plan to invest “billions” in price as the employee and e-commerce investments moderate.

CFO Charles Holley said sales would grow by 3% to 4% annually through fiscal 2019 — by which time profits could return to current levels.

The remarks at Walmart’s annual presentation to the investment community in New York intended to address investor consternation over declining profits stemming from initiatives to improve worker pay and build e-commerce capabilities — concerns that has stock in the world’s largest retailer trading as low as its has in more than three years. But if investors were hoping Walmart would adjust these plans, they found only a company more willing to share their expected impact over time, while underlining a commitment to them.

The company also Wednesday said its board of directors has authorized a $20 billion stock repurchase program. Doug McMillon, CEO, also acknowledged that Walmart would consider selling assets if it helped improve shareholder returns. “We are actively reviewing our portfolio to ensure our assets are aligned with our strategy. But we will be thoughtful in our approach, recognizing our responsibility to drive shareholder value,” he said.