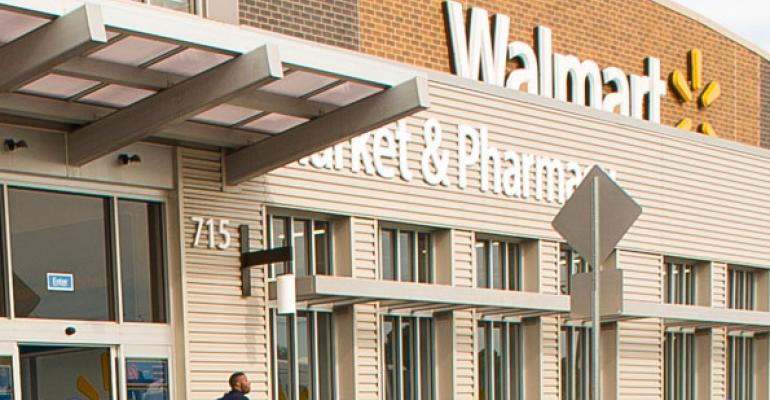 Wal-Mart Stores on Tuesday said overall revenues declined by 1.3% in the third quarter, despite positive sales and comps in the U.S. Operating income was down by 8.8% as higher expenses and and a drop in international sales weighed on results.

Total revenue for the period, which ended Oct. 31, was $117.4 billion. On a constant currency basis, total revenue was $122.4 billion, an increase of 2.8%. Net earnings of $3.4 billion was down by 10.8% compared to the same period last year, while earning per share of $1.03, including a benefit of 4 cents from an adjustment in lease values, was within the company's expected range.

In the U.S., Walmart said sales were up by 3.8% and non-fuel comps increased by 1.5%, marking the company's fifth straight quarter of improved same-store sales. U.S. comps reflected a traffic boost of 1.7% in the quarter, with average ticket declining by 0.2%. Neighborhood Market stores posted 8% comps, driven by new stores.

"We are pleased with the continued sales growth in Walmart U.S. and in our international business," said Doug McMillon, president and CEO. "Strong traffic and our fifth consecutive quarter of positive comps in Walmart U.S. stores show we are taking the right steps to win with customers. Although we still have work to do, we are positioning for sustainable growth through investments in people and technology to deliver a seamless shopping experience at scale."