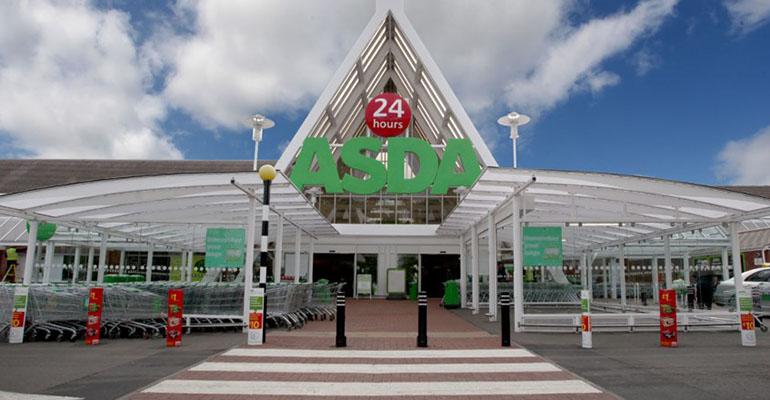 Under the agreement announced Monday, Walmart would hold 42% of the combined company, which would become the United Kingdom’s largest supermarket company, overtaking Tesco plc.

The merged company has total revenue of about $51 billion, based on 2017 figures, and a network of more than 2,800 Sainsbury’s, Asda and Argos stores — including supercenters, superstores, supermarkets and convenience stores — as well as some of the U.K.’s most-visited retail websites, for a combined 47 million customer transactions weekly.

Through the transaction, Walmart will receive £2.975 billion ($4.09 billion) in cash and 29.9% of Sainsbury’s ordinary shares, with the balance held as nonvoting shares convertible into voting shares.

"We believe the combination offers a unique and exciting opportunity that benefits customers and colleagues,” Walmart president and chief executive officer Doug McMillon said in a statement. “As a company, we’ve benefited from doing business in the U.K. for many years, and we look forward to working closely with Sainsbury’s to deliver the benefits of the combination."

Walmart acquired Asda in 1999 for £6.7 billion ($10.8 billion). The U.K. grocery market in recent years has been locked in aggressive price wars that have trimmed retailer margins. The entry of deep discount food chains Aldi and Lidl turned up the competitive heat even further, particularly impacting the value play driven by Walmart’s Asda.

“This proposed merger represents a unique and bold opportunity, consistent with our strategy of looking for new ways to drive international growth,” stated Judith McKenna, president and CEO of Walmart International. “Asda became part of Walmart nearly 20 years ago, and it is a great business and an important part of our portfolio, acting as a source of best practices, new ideas and talent for Walmart businesses around the world. We believe this combination will create a dynamic new retail player better-positioned for even more success in a fast-changing and competitive UK market.”

Plans call for a dual-brand strategy that would retain the Asda and Sainsbury’s brands. The combined business will be chaired by David Tyler, current chairman of Sainsbury's, and led by Michael Coupe, the current CEO of Sainsbury's.

Sainsbury’s said that, with the added scale, the combined company expects to lower prices by 10% on many of the products that customers buy regularly.

“This is a transformational opportunity to create a new force in U.K. retail, which will be more competitive and give customers more of what they want now and in the future. It will create a business that is more dynamic, more adaptable, more resilient and an even bigger contributor to the U.K. economy,” Coupe commented. “Having worked at Asda before Sainsbury's, I understand the culture and the businesses well and believe they are the best possible fit.”

Sainsbury’s said Walmart will be a long-term shareholder and partner and leverage its global scale and investment to support the combined business. Upon completion of the transaction, two Walmart representatives will join the merged company’s board as nonexecutive directors.

Asda CEO Roger Burnley would continue to run the chain from its Leeds headquarters and join the group operating board of the combined business.

“The combination of Asda and Sainsbury's into a single retailing group will be great news for Asda customers, allowing us to deliver even lower prices in store and even greater choice,” Burnley stated. “Asda will continue to be Asda, but by coming together with Sainsbury's, supported by Walmart, we can further accelerate our existing strategy and make our offer even more compelling and competitive.”

With the deal, Walmart said it expects to recognize a noncash loss of about $2 billion, based on the current value of shares to be received and current foreign exchange rates. The company didn’t give an expected closing date for the transaction but said regulatory approval which could extend into the second half of calendar 2019.