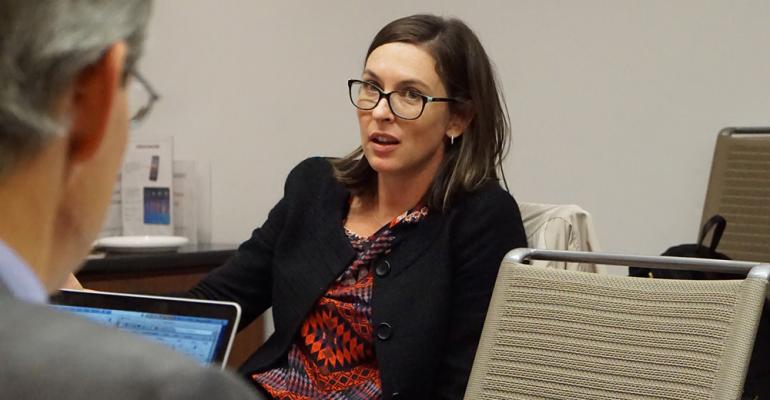 U.S. grocery sales continued to slump in December, as deflated prices remained but volume slowed on top of it, painting a puzzling picture of weakening demand, an analyst told SN.

For the four weeks ended Dec. 18, IRI said dollar sales were down by 1.7% and volume was down by 2.3% for U.S. grocery stores, excluding mass merchants like Walmart. That marked the second-weakest monthly sales growth figure since 2010 when BMO Capital Markets began tracking such data, BMO analyst Kelly Bania told SN in an interview this week. The only worse month was November of 2013 during which numbers were affected mainly by a Thanksgiving calendar shift.

For the three-month period, volume is down by 1% on a 0.8% decline in dollar sales, IRI figures showed.

“To me the disappointing thing was the weak volume trends we’ve seen,” Bania said. “We know there’s deflation out there so there’s not going to be a [sales] contribution from price — but to have volume weak on top of that? That’s unusual. Usually you don’t have that kind of volume weakness unless you’re in a highly inflationary environment.” Bania was at a loss to fully explain the slowdown, saying neither sales data for restaurants nor IRI’s multi-outlet geography figure for the same period (which includes Walmart) indicated those outlets were necessarily benefitting from the reduced volume in grocery. Multi-outlet volume for the Dec. 18 period was down by 1.1%, IRI figures showed.

“We initially thought maybe there was a trade–out to restaurants. But we haven’t seen anything in the restaurant data to support that,” Bania said. “It doesn’t look like it’s a shift to Walmart either. We don’t have a great explanation for it.”

Burt P. Flickinger III, managing director for Strategic Resource Group, suggested that a heavily promotional holiday for department stores and mass merchants like Walmart may have drawn some dollars away from grocery in the December period. Relatively light promotions from consumer goods companies may also have kept store traffic down, he suggested. Many CPGs, Flickinger said, have been putting less support into promotions and more toward everyday pricing programs at companies like Walmart.

IRI figures show sales were particularly difficult in California, with year-over-year sales declining by 5.6% in the December period; by 4.1% in the last three months, and by 3% in the last six months.

According to Flickinger, those figures could reflect some effects of the Haggen disruption a year ago, along with higher gasoline costs on a year-over-year basis in California.