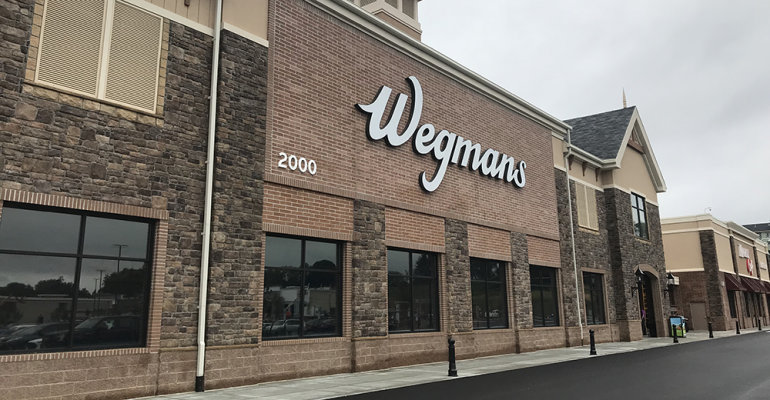 Wegmans
Wegmans also plans to set foot in its eighth state this year with a store in Wilmington, Del.
News>Retail & Financial

Wegmans Food Markets plans to open its first Connecticut location with a new store in Norwalk, which will bring the chain into its ninth state.

Rochester, N.Y.-based Wegmans said this week that the 95,000-square-foot, two-level supermarket in Norfolk will be situated on about 11 acres of land off Connecticut Avenue, adjacent to Interstate 95.

The regional grocer noted that a construction and opening timetable for the store, which will include a multi-level parking garage, hasn’t yet been determined, as the company is still seeking municipal approvals for the project. Currently, the property is occupied by an office complex owned by MBI Inc., which plans to move to another site in Norwalk before building begins for the new Wegmans store.

“Each year we receive hundreds of requests from residents for a store in Connecticut, so we’re excited to bring Wegmans to Norwalk and to get to know our new neighbors,” Colleen Wegman, president and CEO of Wegmans Food Markets, said in a statement. “Even before we open the doors to our new store, we’re committed to making a difference in every community we serve.”

In October, Wegmans said it began hiring for its first store in Washington, D.C., slated to open this summer. The 84,000-square-foot store, at Wisconsin Avenue and Rodman St., will occupy space in the former Fannie Mae headquarters in northwestern D.C. as part of a 1.2 million-square-foot mixed-use project called City Ridge.

Earlier, in late July, Wegmans unveiled plans to open its first Manhattan store in the second half of 2023. The former Kmart site at Astor Place in the East Village neighborhood will be Wegmans’ second New York City location, following the October 2019 opening of store at Brooklyn’s Navy Yard.

Wegmans is slated to open two other new stores in 2022, including an 81,300-square-foot location this spring at the Carlyle Crossing mixed-use development in Alexandria, Va., and a full-size store just outside Wilmington, Del., at the intersection of Lancaster Pike and Barley Mill Road in New Castle County. The latter, expected to open in the second half, will mark Wegmans’ first Delaware store and eighth state. The grocer entered North Carolina, its seventh state, with the fall 2019 opening of a 104,000-square-foot supermarket in Raleigh, which was the chain’s 100th location.