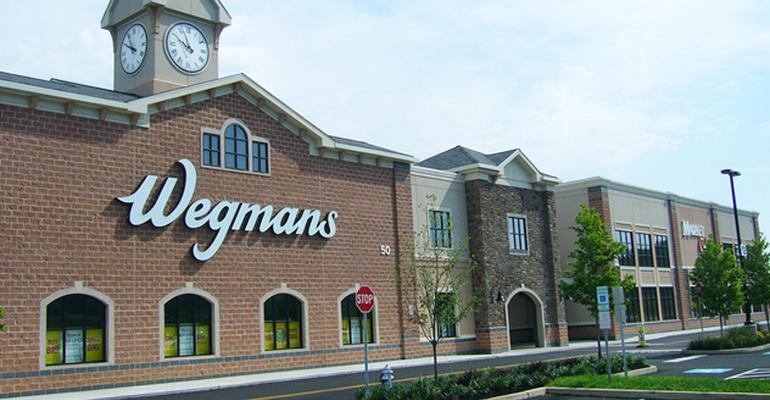 The regional supermarket chain said yesterday that its Pittsford, Ithaca and Alberta Drive, N.Y.; Westwood, Mass.; and Allentown, Pa., locations are now participating in the program, which was piloted at its Canandaigua, N.Y., store in 2016.

Under the Zero Waste initiative, Wegmans aims to eliminate all forms of waste — primarily food waste — at its supermarkets via a three-pronged approach of “reduce, reuse, recycle.” The company has partnered with Rubicon Global, a cloud-based provider of sustainable waste and recycling solutions, to help drive the program, slated to roll out to additional stores in phases.

The Zero Waste pilot store in Canandaigua has attained a recycling rate of 82.6%, and the latest stores in the program are currently averaging 73%, Wegmans reported. The chainwide average recycling rate is 64%.

“We have programs in place at all our stores aimed at minimizing waste, but we’ve committed to the Zero Waste journey because we see opportunity for improvement within those established programs, as well as how we educate our store employees,” Jason Wadsworth, manager of sustainability at Rochester, N.Y.-based Wegmans, said in a statement. “The more they understand the programs, why they’re in place, their importance and how they benefit the environment, community and the company, the more successful we are in achieving our goals and the sustainability triple win.”

Wegmans said the company is following the Environmental Protection Agency’s Food Recovery Hierarchy, first by cutting food waste at the source by using less-than-perfect produce and slightly blemished food for its culinary operations. Next, unsaleable perishables are regularly picked up at stores by local food pantries and food banks. And finally, food scraps are offered as feed for local livestock — diverting the waste from landfills — and sent for anaerobic digestion to be converted into energy or sent for composting.

Along with the Zero Waste program, Wegmans participates in the EPA’s Food Recovery Challenge and has signed on as one of the first U.S. Food Loss and Waste 2030 Champions, through which the company committed to halve food loss and waste by 2030. The retailer said it tracks all the food coming out of its stores — including waste, donations and scraps repurposed for other uses — in tandem with Rubicon, food banks, pantries and local haulers.

“Wegmans has been tackling the issues of hunger and food waste in our communities for many years,” according to Wadsworth. “Both present complex challenges that certainly can’t be solved overnight. But as a food company, we know we can make a positive impact, and we are committed to doing so.”

Wegmans said it donated 14.5 million pounds of perishable and nonperishable food in 2017, and 21 stores are now working with local farmers and organizations like zoos and animal rescues to provide animal feed. Also last year, 70 Wegmans stores diverted more than 32.5 million pounds of food waste through its diversion programs.

“Food waste is how we can make the most significant change, not only for what’s ending up in landfills, but for our communities as well,” Wadsworth added.