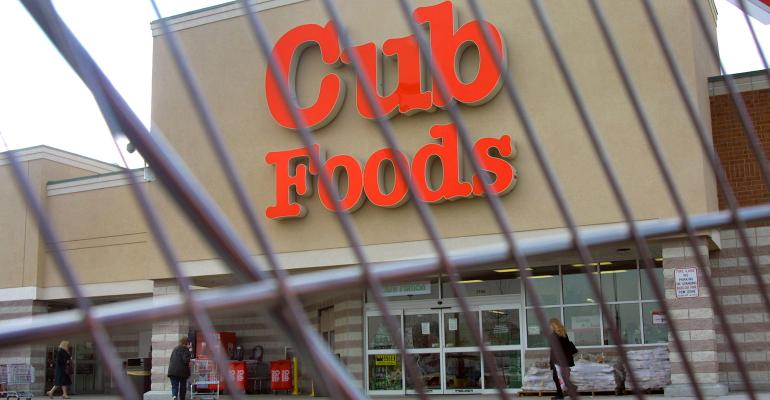 What's next for Supervalu's other retail banners?

Now that Supervalu has agreed on a deal to sell its Save-A-Lot business, are its retail stores next to go?

Maybe, but maybe not so soon.

Under new CEO Mark Gross, Supervalu has left little doubt that it intends primarily to be a wholesaler. And although several of its regional chains have been the subject of sales speculation over recent years, selling them could prove difficult for Supervalu if the company can’t also provide the potential buyer with wholesale services, analysts said.

The fact that the chains have struggled recently makes the prospect of moving them unlikely unless or until they turn operations around, and that will take some time, they added.

“I think they hang on to [retail], try to improve some of it, and there will probably be some net closures over time as leases run out,” Chuck Cerankosky, analyst with Cleveland’s Northcoast Research said, during SN’s 21st Annual Financial Analysts Roundtable event last month. “But it was neglected when they had the Albertsons and now they’re trying to make it better with not the greatest balance sheet and need to fix the entire business.”

“These assets have been rumored to have been for sale for a while,” added Scott Mushkin, senior retail/staples analyst at Wolfe Research. “Look at Farm Fresh and Shoppers, they don’t want to deleverage their own distribution facilities. So this has been the challenge.”

Speaking at an earnings conference call in late July, Gross said identical-store sales in the fiscal first quarter ended June 18 slid to a negative 4.5%, as both customer visits and average basket sizes declined. Sales have worsened since then, the company said last month.

Gross pinned some of the struggles on deflation and greater competition, but also admitted “there are places where we need to just operate better.” He laid out a five-point plan to improve sales at the banners, including ramping up the intensity of promotions; improving staffing to help improve store conditions; adding new assortments and merchandising in areas like bakery and deli; increasing the number of digital customer accounts and exploring e-commerce options; and segmenting stores based on area demographics.

Although Gross said progress on these initiatives may take time, “We also want to make these banners as successful as we can and so we're making the investments we believe are necessary to drive in customer traffic.”

One likely solution for Supervalu, sources said, would be to sell off its retail stores to its independent retailer-customers in a manner not unlike Supervalu’s acquisition of a handful of Food Lion stores spun off in the Ahold-Delhaize merger this summer. Those stores are expected to be divided between Shop n’ Save operators.