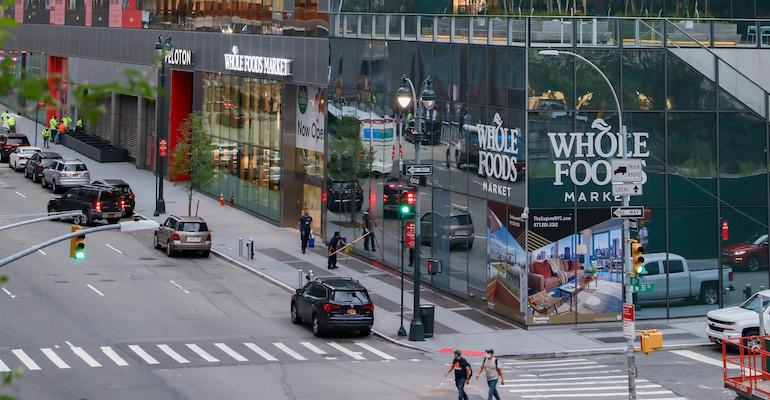 Amazon has rolled its Amazon One contactless payment system, which uses palm-recognition technology, to a fourth state for Whole Foods Market.

The Silver Lake and Irvine, Calif., Whole Foods stores last week became the chain’s first Los Angeles-area locations introduce Amazon One as a payment option, Seattle-based Amazon said. With the technology, customers at those stores can pay for their groceries by scanning their hand on the Amazon One palm reader at checkout.

Plans call for the Whole Foods in Playa Vista, Calif., to launch the technology in the coming weeks, according to Amazon, which noted that Amazon One’s LA debut comes after the palm-scanning payment platform went into operation earlier last week at the Manhattan West Whole Foods store in New York City. 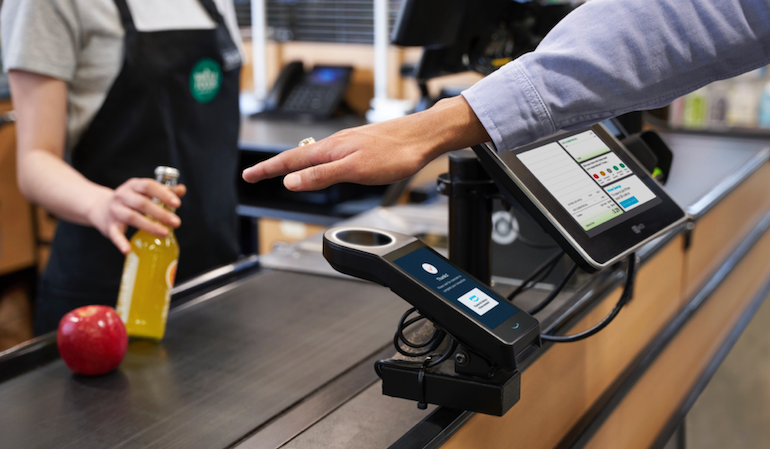 Amazon One scans a person’s unique palm signature to provide a fast, contactless way to enable checkout and payment at a store as well as such functions as presentation of a loyalty card and secure entry.

Amazon One premiered at Whole Foods at the Madison Broadway store in Seattle in April 2021 and subsequently rolled out to Whole Foods stores in West Seattle, Interbay, Westlake, Kirkland, Lynnwood, Roosevelt Square and Redmond, Wash.

Then this past April, Amazon One launched in southwestern Austin at the Whole Foods store in the Shops of Arbor Trails shopping center. That was followed by Amazon One deployments at four other Whole Foods locations in Austin (downtown Austin, East Austin, Domain Northside and Gateway Shopping Centers) and at two others in Bee Cave and Cedar Park, Texas.

Amazon One employs custom-built algorithms and hardware to scan a person’s unique palm signature and provide a fast and contactless means of enabling everyday activities such as checkout and payment at a store, presentation of a loyalty card, and secure entry at sites like a store, stadium or workplace. Customers sign up for the service at a special kiosk or device in participating stores, and enrollment takes less than a minute, according to Amazon. After inserting their credit card, shoppers hold their palm over the device and follow the prompts to pair the card with their palm signature, which is built in real time via computer vision technology. Customers can enroll with one palm or both. 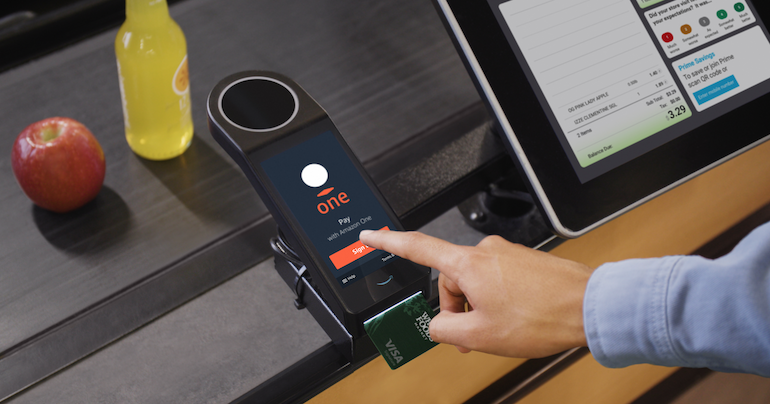 Payment using Amazon One takes about a second or so, according to Amazon.

Amazon One builds on the Amazon’s Just Walk Out cashierless technology pioneered at Amazon Go convenience stores and, more recently, deployed at Amazon Fresh supermarkets. Amazon Fresh also offers the Amazon Dash Cart smart shopping cart at 16 of its 30 locations, with the rest of the banner’s stores providing Just Walk Out shopping. Whole Foods currently offers Just Walk Out at two stores, with the technology making its debut at the chain’s Glover Park store in Washington, D.C., in late February, followed a month later by another new Whole Foods store in Sherman Oaks, Calif. providing Just Walk Out functionality.