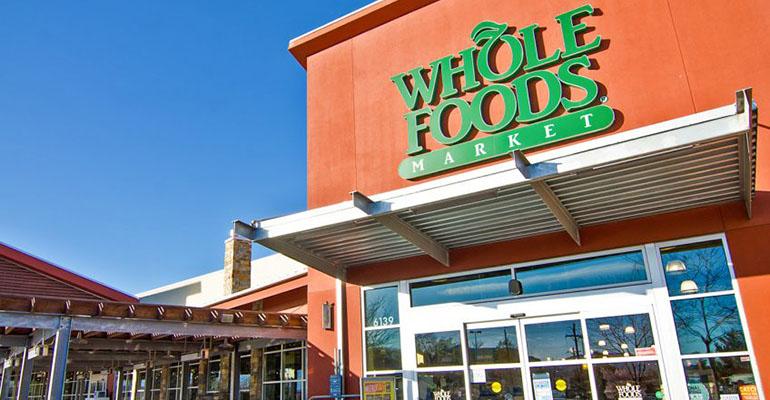 Whole Foods may be ready for Prime time

Amazon Prime may soon be coming to Whole Foods Market customers in a bigger way.

Messages on the Whole Foods website indicate that various shopper rewards and benefits will end effective May 2. Along with the retailer’s pilot rewards program, these include digital coupons, Shopping List, Recipe Box and Whole Body Benefits.

An email to Whole Foods rewards members said to “stay tuned for additional announcements for Amazon Prime members” and that “any account benefits, including membership and/or unused rewards, will not roll into any future programs,” according to published reports.

Whole Foods didn’t respond to a request for comment.

“Whole Foods Market has quietly posted to its website that it will end its rewards program and cease accepting digital coupons as of May 2, with the goal of creating a new program around Amazon Prime,” Jefferies analyst Christopher Mandeville wrote in a research note this week.

Mandeville said “all signs point to an imminent official announcement” from Whole Foods that old programs are being retired to make way for new shopper benefits for Prime members. He cited reports that the chain outlined such a program to suppliers in March and that a flagship store in Austin, Texas, tested banners saying that Prime members would get exclusive discounts of as much as 10% on hundreds of items.

“Such news of Whole Foods Market's POS finally being married with Prime, which would allow for Amazon to obtain greater purchasing insights and accelerate its strategy of conveying value to core customers with unique offers, heightens competitive pressures for all grocers,” he added.

Amazon finalized its $13.7 billion acquisition of Whole Foods in late August. When the deal closed, the e-tailing giant said it would immediately cut prices on a range of Whole Foods items, such as organic bananas, brown eggs, organic butter and ground beef.

A second wave of price reductions on more than 30 grocery and dairy items came before the Thanksgiving holiday and, Mandeville noted, included the first example of an extra discount for Prime members: 17% on whole turkeys with a printed coupon.

“While synergies of the acquisition, such as benefits to Amazon Prime subscribers in Whole Foods stores, are not yet fully realized, they have already begun to shape behavior,” IRI stated. “For example, 71% of Whole Foods shoppers with Amazon Prime memberships are more satisfied with their experience at Whole Foods and are more likely to shop there. Furthermore, anticipated benefits, such as free grocery delivery, are expected to motivate over 60% of shoppers to buy more of their groceries at Whole Foods Market stores.”