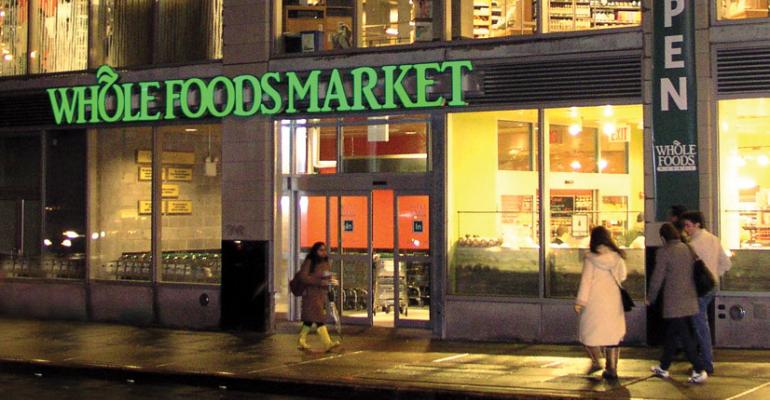 Whole Foods Market said it was seeking to raise $1 billion in a debt offering — twice the amount it previously intended to raise.

The Austin, Texas-based retailer said it intended to use proceeds from the offering for general corporate purposes including a previously disclosed authorization to repurchase up to $1 billion in its stock.

The offering was assigned a ‘BBB’ issue-level rating Monday by Standard and Poor’s — the agency’s lowest rung of investment-grade credit. S&P has also assigned a negative outlook on Whole Foods’ corporate credit rating, citing challenges related to increased competition and pricing in the natural/organic space.

“Our ratings and the negative outlook on the corporate credit rating reflect our view that Whole Foods remains the leader in the natural and organic sub segment of the highly fragmented food retail industry, yet its overall share of the food retail industry is still relatively small and under pressure,” S&P said in a release. “Moreover, in a strategic shift in response to increased penetration of grocer peers into the natural and organics space, Whole Foods has noted that it expects to be more price competitive going forward, and could face earnings pressure in the near term as it faces more competition than it has previously experienced.”

S&P added that Whole Foods could be downgraded if its pricing investments fail to boost sales .