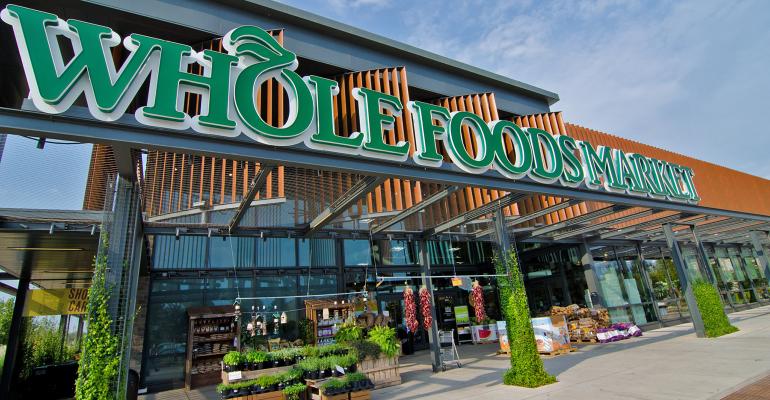 In what could be one of its last filings reflecting operations as a stand-alone company, Whole Food Market on Friday said its fourth-quarter sales rose 4.4%, to $3.65 billion, compared with the year-ago period.

The company reported the results for its full fiscal year, which ended Sept. 24, in its annual 10-K report with the Securities & Exchange Commission on Friday.

Several reports had indicated that Whole Foods appeared to receive a boost in traffic from new price cuts implemented when Amazon took over at the end of August. Amazon announced another round of cuts last week, including a discount on turkeys for Amazon Prime members.

Amazon’s efforts to lower prices at Whole Foods might also have had an impact on the chain’s gross margins, which declined as a percent of sales in the fourth quarter. Although Whole Foods said in its 10-K filing that its gross profit (sales less cost of goods sold and occupancy costs) as a percent of sales is generally lower in the fourth quarter due to seasonally slower sales in the summer, this year’s decline does appear to show ongoing efforts to sharpen pricing for customers.

Gross profit as a percent of sales totaled 33% in the fourth quarter of the recently ended fiscal year, compared with 34.1% in the year-ago fourth quarter and 34% in the third quarter. Through the first three quarters of fiscal 2017, Whole Foods’ gross profits accounted for 33.9% of sales.

The company also appeared to slow its rate of same-store sales decline in the fourth quarter. For the full year, comparable-store sales were down 1.5%, compared with a year ago. Through the first three quarters, comps had been down 2.4%. In fiscal 2016, comps fell 2.5% as the company appeared to struggle against an industry where organic and natural products have become ubiquitous.

The fiscal 2017 comp-store decline of 1.5% included a decline in traffic of 2.4% for the full year, partially offset by a 0.9% increase in basket size.

In a report last week, Karen Short and Ross Sandler, analysts with Barclays Capital, said Whole Foods may have seen a spike in traffic in September following Amazon’s announcement of its initial round of price cuts. They cited data from RS Metrics showing an increase in customers in September, following a decline in October.

“This data could suggest that Whole Foods’ traffic benefitted in September from curious shoppers entering the premises [but not necessarily making any purchases] following its acquisition by Amazon, but according to the data, traffic then moderated in October as most shoppers resumed their normal behavior,” they wrote.

Among Barclays’ other observations were the introduction of “Everyday Savings” price tags to replace “New Lower Price” tags in stores.

“It seems that incremental price investments have tapered off for the time being, which is a positive for the industry,” the analysts said in the report.

They also noted that the company could be continuing to reduce staffing in some stores, a strategy it had begun before the acquisition by Amazon.