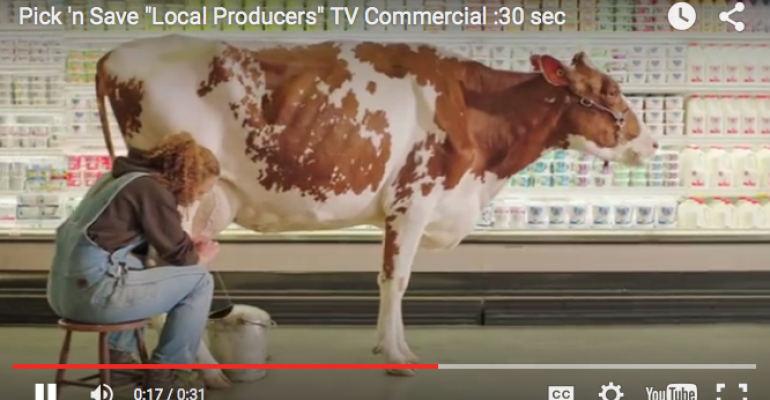 The initiative, known as “Wisconsin Proud,” includes merchandising, marketing, and service components including price investments, new products, new store signage and new employee uniforms. Stores that have received the changes — primarily in the Milwaukee area in recent months — are outperforming the rest of the chain and represent a promising step toward rebuilding sales for the embattled banner.

"The goal of Wisconsin Proud is to drive traffic. We have seen improved traffic in basket size since the introduction of this initiative, and our same-store sales from Milwaukee during the quarter exceeded other Wisconsin stores by approximately 260 basis points," Robert Mariano, chairman, president and CEO of Roundy's told analysts in a conference call discussing second quarter financial results late Wednesday.

Pick 'n Save, which is facing a wave of competitive openings including expansion by Meijer, saw same-store sales decline by 2.9% overall during the quarter, which ended July 4. Adjusted for the Easter holiday shift, comps declined by 1.4% in Wisconsin, Mariano said. Roundy’s also reported declining comp sales at its Mariano’s division in Chicago during the quarter, affected primarily by cannibalization from new store openings.

Companywide, Roundys said sales for the quarter increased 5.9% to $998.3 million, with comps down 3.9%, reflecting a 4.9% decline in store visits offset by a basket improvement of 1%. The company posted a net loss of $1.5 million for the quarter, although profit margins improved slightly and EBITDA improved by 6.7% to $30.1 million.

Those results were in-line or slightly above Roundy’s guidance, and represented a stabilization of the business during a challenging period, analysts said.

"Initiatives such as reducing shrink and the ‘Wisconsin Proud’ branding campaign, along with the abating of the cannibalization headwinds should help momentum, but these positives could be offset by competitive headwinds in Wisconsin that are likely to persist,” Karen Short, an analyst with Deutsche Bank, said in a research note. Roundy’s for the fiscal year will face 11 competitive openings in Wisconsin, consisting of six supercenters and five conventional stores.