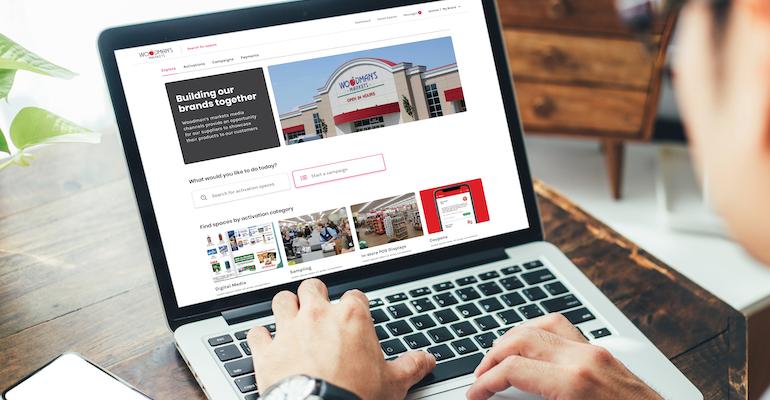 “Their proven technology consolidates all of our media opportunities for our suppliers across our business to drive sales,” according to Dustin Wales, marketing director at Woodman’s Markets, which operates 19 stores — most over 200,000 square feet — in Wisconsin and Illinois. “This is an area we have wanted to scale for some time. Brandcrush provides us with the tools to consolidate, manage and scale our media and build a professional portal for our suppliers to utilize.”

Woodman’s manages a range of shopper media programs in-house and works with third-party providers such as Shop-to-Cook. With the Brandcrush solution, the retailer solution is making it easier to buy and sell shopper marketing across the retail media ecosystem, Los Angeles-based Brandcrush said.

“Independent U.S. grocery stores account for 33% of national sales and offer valuable, but untapped, media channels for suppliers to drive brand-building initiatives and product trial,” according to Teresa Aprile, co-founder and CEO of Brandcrush.

“We are powering retailers to own their entire media ecosystem. This includes all the touch points where retailers reach shoppers on their path to purchase, including in-store, where grocery sales account for more than 80% of the total spend, out-of-store and online,” she explained. “Our software solves for this complexity of multimedia channels, multiple execution partners, internal teams and the critical paths necessary to book media and effectively execute it. We look at the end-to-end solution for retailers, simplifying their processes, so that brands can have a consolidated view of their supplier investment across the retailer ecosystem.” 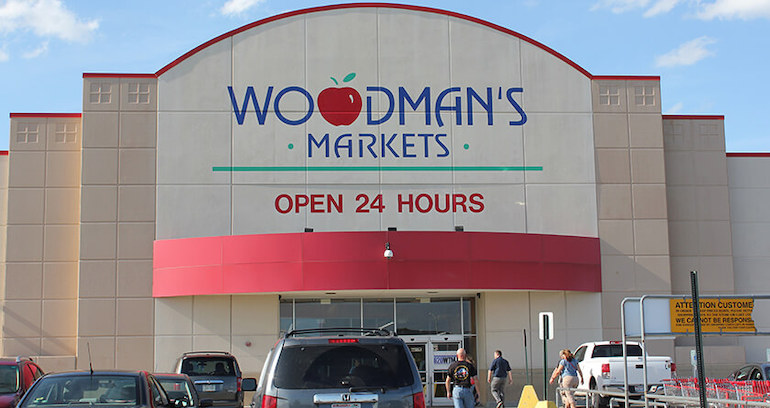 Woodman's stores pack lots of CPGs, with most of its locations occupying over 200,000 square feet.

Customer data science specialist dunnhumby, in a report released in June, said that last year marketers were projected to have boosted their spending on retail websites and apps by between 28% and 38% in the United States, or about $31.49 billion spent just on retail media. And dunnhumby noted that a “substantial amount” of that income derives from sales to consumer packaged goods (CPG) companies.

“The majority of grocery media revenues are driven by CPG brands, understandably keen to reach out to shoppers in as many ways as possible as they move through their retail journeys,” dunnhumby observed in the study.

The retail media profit potential for grocers is high and could provide a lift to the bottom line, plus help offset the cost of investment in omnichannel technology, stores and other initiatives.

“Grocery stores operate on incredibly slim margins, between 1% and 2% in most instances. As a result, even the slightest change to the balance sheet can have a huge impact on profitability,” dunnhumby explained. “While rising costs haven’t driven the rise of retail media per se, they do help to explain why it will have started to look like a more compelling proposition to retailers over the course of the past 24 months,” the data analytics firm added. “As well as helping to drive sales and satisfaction through relevance and personalization, retail media can also offer margins in the region of 80% — a step change in profitability compared with the traditional grocery model.”

“We have the confidence that Brandcrush will help us grow our media program without having to immediately grow our team,” Wales commented. “Technologies like this help to level the retail media playing field. Our suppliers, including regional and local brands, can access a self-serve media portal for real-time and easy access to opportunities. It benefits both SME brands and our major multinational suppliers.”

Added Aprile, “Forward-thinking retailers like Woodman’s recognize that their suppliers need to align in-store and online marketing efforts, and they are progressively taking steps to support their suppliers with these efforts.”