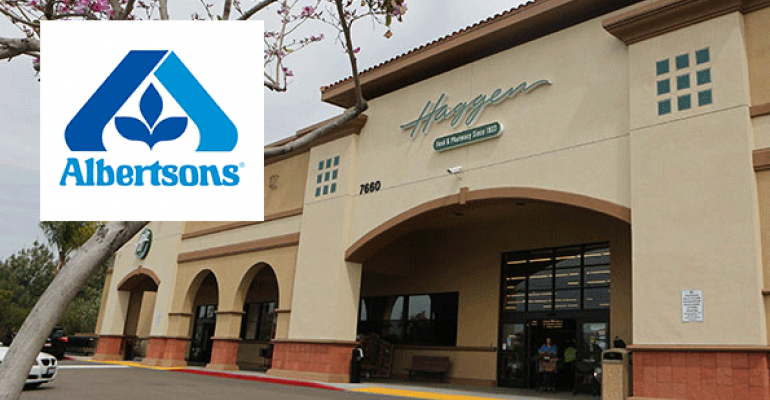 Haggen is seeking more than $1 billion in damages in a lawsuit filed Tuesday against Albertsons LLC and Albertsons Holdings LLC.

In its complaint, Haggen alleges that following its purchase of 146 Albertsons and Safeway stores, Albertsons engaged in “coordinated and systematic efforts to eliminate competition and Haggen as a viable competitor in over 130 local grocery markets in five states,” and “made false representations to both Haggen and the FTC about Albertsons’ commitment to a seamless transformation of the stores into viable competitors under the Haggen banner.”

Albertsons, in a statement issued Tuesday, said "The allegations in the lawsuit are completely without merit."

The suit comes weeks after Albertsons filed suit against Haggen for breach of contract and fraud after allegedly refusing to pay more than $40 million for inventory following Haggen’s acquisition of Albertsons and Safeway stores, according to Courthouse News Service.

According to the complaint filed by Haggen, Albertsons sought out Haggen to convince the FTC that it would be a new competitor in local markets, in order to gain approval for Albertsons to merge with Safeway. Haggen alleges that Albertsons engaged in an illegal campaign against Haggen including “premeditated acts of unfair and anti-competitive conduct that were calculated to circumvent Albertsons obligations under federal antitrust laws, FTC orders, and contractual commitments to Haggen, all of which were intended to prevent and delay the successful entry of Haggen (or any other viable competitor) into local grocery markets that Albertsons now dominates.”

“Albertson’s anti-competitive conduct caused significant damage to Haggen’s image, brand, and ability to build goodwill during its grand openings to the public,” according to the complaint. “Albertson’s unlawful acts destroyed or substantially lessened the economic viability, marketability and competitiveness of the [Haggen] Stores, depriving consumers in each of the Relevant Markets the benefits of substantial competition from a new market entrant.”