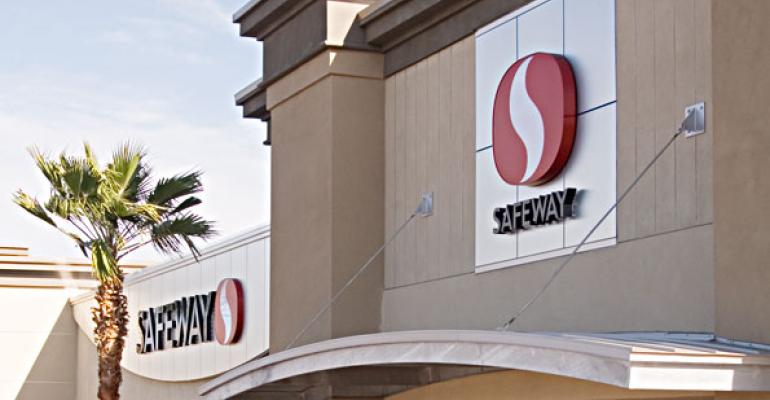 ‘Just for U’ Propels Safeway

NEW YORK — As Safeway prepares for a chainwide rollout of its “Just for U” digital marketing program, it will continue to do regular weekly advertising, “but I can envision a time when that will no longer be important,” Steve Burd (right) told investors here last week.

Burd, the chairman, president and chief executive officer of the Pleasanton, Calif.-based chain, expressed tremendous enthusiasm for “Just for U” even prior to launching an aggressive marketing effort. He said he believes it will be the primary growth vehicle for Safeway’s core business over the next few years.

“Just for U” offers customers personalized offers — encompassing national coupons, chainwide specials and targeted marketing deals, including item and price — that are downloadable to loyalty cards and mobile devices.

“The challenge has never been about personalization but about the delivery mechanism,” Burd said. “We’ve used targeted mailings, emails and texting, but ‘Just for U’ excels at communicating offers to consumers whenever it’s convenient for them, according to their own schedules.”

Besides the ability to download information to mobile devices — which enables shoppers at the store to see which size packages are being offered based on information already stored on their loyalty cards — the system also allows consumers to enter a special they spot on a store shelf four of five minutes before checking out, “which is one aspect we didn’t have in the first version,” Burd said.

Even with a delay in rolling the program out chainwide to make it more effective, Burd said Safeway is at least 18 to 24 months ahead of any potential competitors in terms of the knowledge base for implementing this kind of effort.

Analysts said they would wait for “Just for U” to produce results before getting overly excited about its prospects.

According to Ajay Jain, an analyst with Cantor Fitzgerald, New York, “We were impressed by some of the data provided. However, we think ‘Just for U’ is likely to be viewed as a ‘show-me’ story by investors until it demonstrates a quantifiable sales impact in Safeway’s operating results.

“By the second quarter of 2012 we think there will be better visibility on whether ‘Just for U’ is having the intended traction with Safeway’s customers.”

“The company provided evidence ID sales could receive a 2% lift driven by ‘Just for U.’ In concept we fully concur with Safeway that ‘Just for U’ has the potential to be a significant competitive weapon against mass merchants.

“This, however, is dependent on consumers’ adoption and continued utilization, both of which are to be determined.

“To management’s credit, it bluntly drew the line in the sand that the results of the program should start to drive sales out-performance by the end of the second quarter of 2012 or the beginning of the third quarter.”

Meredith Adler, managing director at Barclays Capital, New York, pointed out Safeway’s core earnings are declining, “and no explanation was given at the meeting for the weak long-term trend. Without greater clarity, it is hard to have confidence that the interesting new things Safeway is trying, like the ‘Just for U’ marketing program, will be sufficient or come in time to turn the core business around.”

Safeway offered “Just for U” in its Chicago and Northern California divisions (including Hawaii) for more than a year before tweaking it prior to a broader rollout.

“We’ve made over 100 changes to the site since we first introduced it,” Burd pointed out. “Had we not put it into our Northern California division, where the entire office staff shops, we would not have been able to make all the discoveries we did and make all the adjustments we have.”

The upgraded version was introduced across Northern California and Chicago at the beginning of March, with two more divisions to be added in April and two more in May, including Safeway’s East Coast stores.

Benefits include the ability “to generate a much stronger consumer response, which translates into much higher sales,” Burd said.

“We can save on markdown dollars by concentrating the spend on knowing what items drive incremental sales.”

A CPG company can offer coupons targeted exclusively to Safeway customers, Burd noted. The chain dealt with only eight to 10 major CPG companies in developing the program, “but the real potential is, we haven’t even scratched the surface in terms of the upside there.”

“You can do a trial offer, and normally the re-purchase rate would run anywhere from 2% to 15%, but our data shows we actually have a 52% repurchase after trials because the offer is targeted.

“And for products that consumers have stopped buying, when a CPG company is able to remind them just how good their product is, it has resulted in 50% repurchase rates.