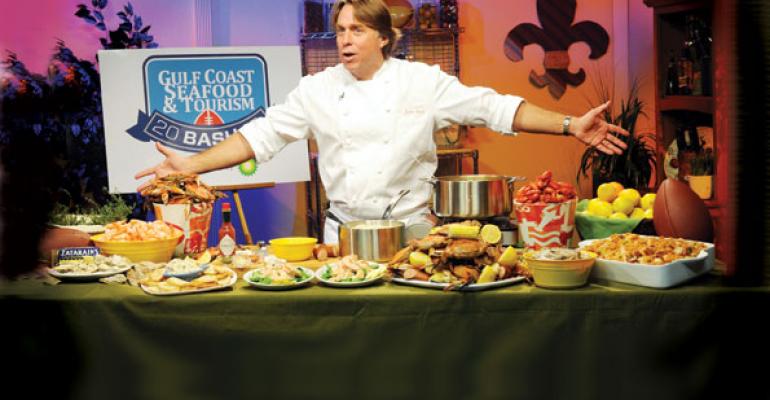 BOSTON — It’s been almost two years since the oil spill in the Gulf of Mexico, and it appears many consumers have overcome their former reservations about eating Gulf seafood, according to recent research presented by the Gulf Seafood Marketing Coalition at the International Boston Seafood Show here last month.

“Early on when the oil spill had occurred, 70% were concerned and were not eating Gulf seafood,” said Gulf Coast Coalition Seafood Marketing Coordinator Joanne McNeely at the conference. “And now it’s basically flipped. We have 70% that are comfortable with it, and we have about … 20% to 30% who are not comfortable or they’re eating less.” 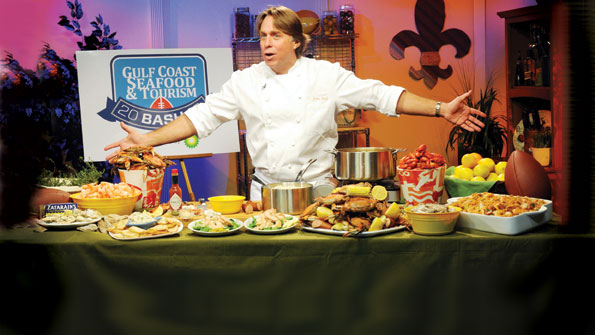 The survey — which also looked at general seafood trends — found that 20% of seafood eaters ate 20 meals or more in those 90 days. This small group of seafood enthusiasts purchased nearly 46% of all seafood, McNeely said at the conference. (The photo shows New Orleans’ John Besh sharing seafood recipes at the Gulf Coast Seafood & Tourism Bash, sponsored by BP during the Allstate BCS Championship.)

These “seafoodies,” restaurant and retail buyers, “influencers,” and stakeholders are the target audience for the coalition’s outreach, McNeely said, nothing these efforts can be seen on the group’s new website eatgulfseafood.com.

The website includes recipes, species information, and pages for retailers, food service and media. The media page will be updated with information from federal and state groups.

“We want to be a go-to media source because we did learn that from the oil spill that the media had to jump from place to place to try to get information,” McNeely said.

Future coalition initiatives will likely include an emphasis on social media, and McNeely told SN the coalition’s website will have an extranet site for retailers and restaurants with information on different promotions available through the coalition and states.

Pilot project promotions with retailers and restaurants should start rolling out within the year.