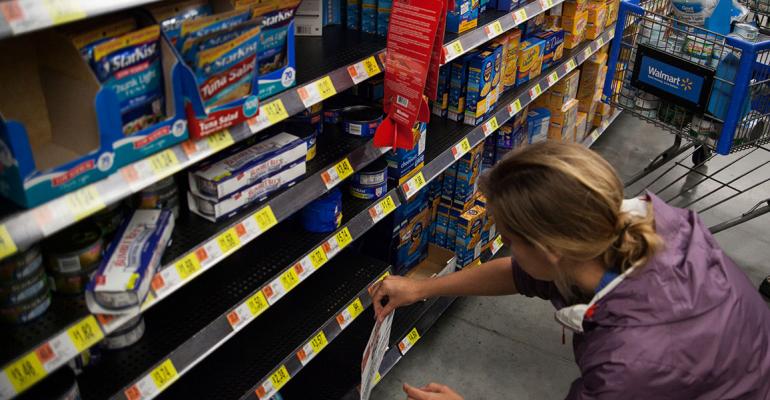 Last Saturday, Greenpeace activists removed canned tuna from the shelves at 22 Walmart stores in the U.S. and Canada to protest the tuna supplier, Greenpeace said.

The activists took down all Great Value and Chicken of the Sea products at the stores and put up signs with information about the supplier, Thai Union. Greenpeace claims Thai Union exploits its workers and uses destructive fishing methods.

“In the U.S. and Canada, we are calling on Walmart to lead by cleaning up its destructive tuna, starting with products supplied by Thai Union,” Greenpeace senior oceans campaigner David Pinsky said in a press release. “For far too long, Walmart has greenwashed its image and made empty promises on selling more responsible canned tuna. It’s time for Walmart to ensure that any canned tuna it sells isn’t caught on the backs of exploited workers or filled with ocean destruction.”