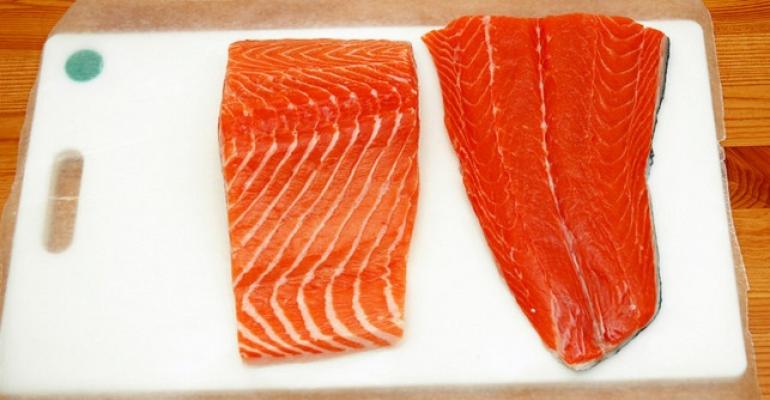 In the wake of the FDA’s approval of AquaBounty Technologies’ genetically engineered salmon last week, Costco Wholesale Corp. and Hy-Vee have issued statements declaring they will not sell the fish.

“Although the FDA has approved the sale of GM salmon, Costco has not sold and does not intend to sell GM salmon at this time,” the retailer said in a statement distributed by Friends of the Earth, a non-profit opposed to GE seafood.

Similarly, Hy-Vee reiterated its stance on the issue with this statement:

“Hy-Vee is committed to selling high-quality seafood that also is harvested or raised in a manner that provides for its long-term sustainability while minimizing damage to the environment and other sea life. In order to protect marine resources and ensure future seafood supplies, Hy-Vee strongly believes that genetically engineered seafood has no place in its stores.”