Whole, uncooked lobster is put under high air pressure that causes the carapace to separate from the flesh, allowing for this shelled product which has been sold mostly to Asian markets in recent years. But at least three exhibitors, including Clearwater and Shediac Lobster Shop (pictured), had it on display at the expo. Clearwater’s claw and knuckle meat is sold vacuum-packed and frozen and has a shelf life of two years.

Once-marketed as imitation crab, and sometimes still marketed that way, surimi seafood is generally whitefish processed into a purée, combined with binders and flavorings and reshaped into sticks or other shapes. Popular in Japan, its reputation has suffered in the United States, where it’s sometimes thought of as artificial. New varieties of surimi were on display at the show, however. Gadré veers away from the usual base of pollock and/or hake and instead makes its version from red perch in India. Kanimi introduced a substitute for smoked salmon (pictured), made mostly form pollock and hake but with some salmon and natural flavoring added. The exhibitor said it could be a suitable salmon substitute in poke preparations.

Gatorama, a purveyor of alligator tail since 1986, this year introduced alligator sausage links (pictured) mixed with 50% pork, as well as sausage patties made with 50% chicken.

Open Blue launched the first Pacific red snapper at the expo. It took the developer seven years to determine the proper feed suitable for small fry, which was raised off the coast of La Paz, Mexico.

Pacifico Aquaculture announced the national launch of its farm-raised striped bass (pictured as part of a Sinaloa-style ceviche with avocado, cucumber, tomato, citrus, olive oil, chile and Baja sea salt). This fish, which Pacifico says is the only true farm-raised striped bass, has been available on the West Coast for some time. 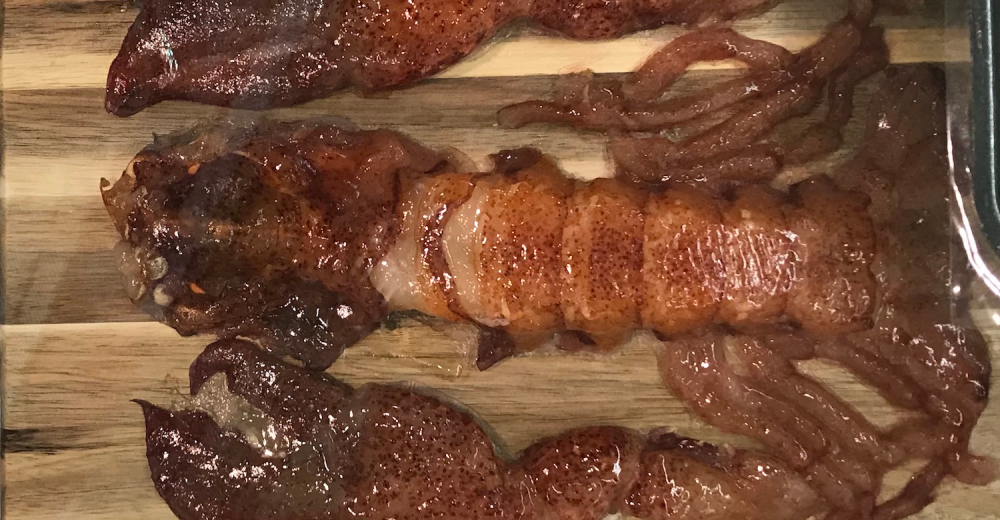