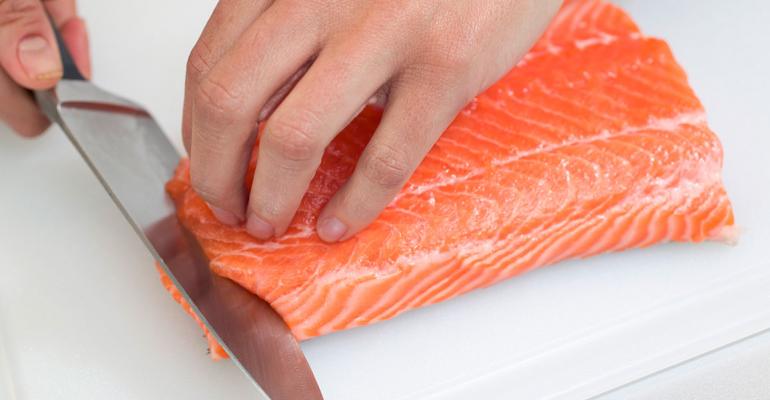 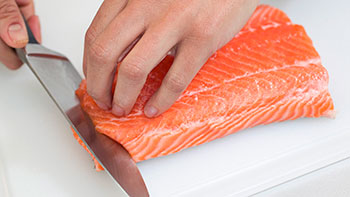 Americans are taking a more active interest in their health, and according to the USDA’s recently released 2015 Dietary Guidelines for Americans, this should include more seafood. The Guidelines recommend that Americans eat at least eight ounces of a variety of seafood per week. This news could serve to benefit seafood departments at retail whose sales have flagged in recent years, including the salmon category, one of the department’s more accessible categories in terms of consumer recognition and comfort with preparation.

During the latest 52 weeks ending Jan. 30, 2016, Nielsen Perishables Group data show the salmon category contributed 15.6% to total seafood sales and dominated finfish sales, selling $1,135 per store per week, a 7% increase from the previous year. Average volume sales also increased during this time, up an impressive 14.3% thanks in part due to a 6.3% decrease in average retail price to $7.45. Salmon was the top seller of 16 finfish varieties, and more than doubled the combined sales of tilapia and catfish, the second and third highest selling finfish varieties.

Salmon was purchased by 20.7% of U.S. households in 2015, up from 19% in 2014. The average consumer purchased salmon on three trips in 2015. Sixty-four percent of salmon sales occurred in the grocery channel, followed by 26% in the warehouse channel.

The salmon category has similar household penetration between Baby Boomers and Millennials. In 2015, 4% of Boomers purchased salmon on three trips per year, while just 3% of Millennials purchased on roughly two trips per year. Merchandising focused on health benefits and preparation education could help to boost sales with Millennials who might not have the same comfort level with cooking fish as the older Boomer generation.