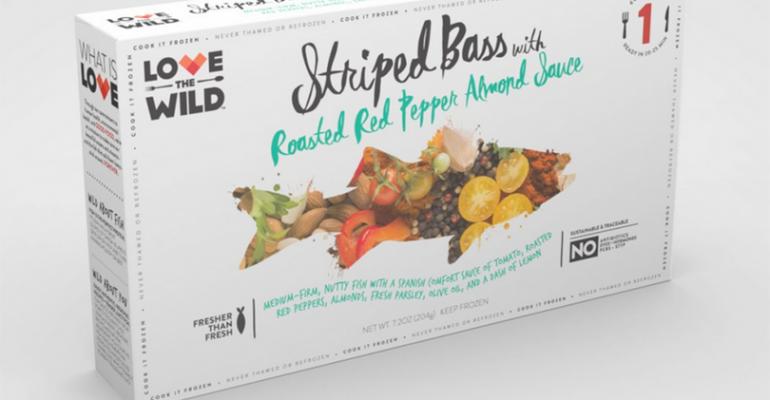 Aquaculture is the lowest impact way to produce animal protein

Seafood marketers have an opportunity to shape consumers’ perception of farmed fish, which is the lowest impact way to produce animal protein, Jacqueline Claudia, co-founder and CEO of Love The Wild, told attendees at last week’s Seafood Expo during the session “Talking to Millennials about Aquaculture.”

“[The research] found that the average consumer doesn’t have a point of reference for a fish farm,” she said. “We have an opportunity to shape how people think about aquaculture and where it fits in.”

Survey respondents were also asked to prioritize a series of truths about aquaculture in order of resonance and sorted them this way:

1. Aquaculture is the lowest impact way to produce animal protein on the planet.

2. Aquaculture can be restorative for the environment: shellfish clean their water.

3. Aquaculture helps bring incredibly fresh fish to consumers, because fish are harvested and frozen on location (instead of waiting hours or days to be brought to shore like most wild fish.).

4. Aquaculture plays a fundamental role in fighting global poverty and malnutrition, by offering healthy and accessible seafood to a growing world population.

Millennial consumers and younger members of Gen X, (ages 22 to 45) are among Love The Wild’s target market, Claudia said. But rather than focusing on a specific demographic, the brand looks to zero in on a set of attitudes and beliefs that are derived from a shared philosophy. Claudia describes these consumers as yussies or young urban savvy sustainable consumers, who are health-conscious and interested in influencing their peers.

“They want to become sustainable, but not hippies, and they won’t go out of their way to be more responsible,” said Julie Qiu, marketing director at Australis Aquaculture, from which Love the Wild sources farmed barramundi. “We need to make it absolutely stupid foolproof for them to do good things without having to go the extra step. They want it to be easy to do the right thing.”

For best practices related to marketing transparency to this mindset, Qiu said she takes cues from sectors other than food, like the Everlane apparel brand, which makes clothing essentials at “the best factories, without traditional markups,” according to the retailer.

Shoppers can choose from three price points and the website breaks down for shoppers that if they pay 30% less than full price, the costs of production and shipping will be covered, 20% less and an additional $13 will go to Everlane to cover additional overhead, for instance. “They take the time to go to each factory and show you the workers and it’s all on the website. They even break down the costs and you know why their pricing is the way it is. They are a huge disruption to general retail,” Qiu said.

Love The Wild is now educating consumers with visual storytelling on Instagram and via an “Ask your fish farmer” blog series. It’s also invested in developing recipes, which have become the most visited part of its revamped website.

“We tried to do more influencer marketing since we found it to be much more effective than traditional media,” said Claudia. “Influencer marketing has moved the needle for us in a way traditional ads haven’t done. For Millennials it’s about representing a key point that others want to know about them. ‘I want to not just consume but convey a sense of who I am through my purchases.’”