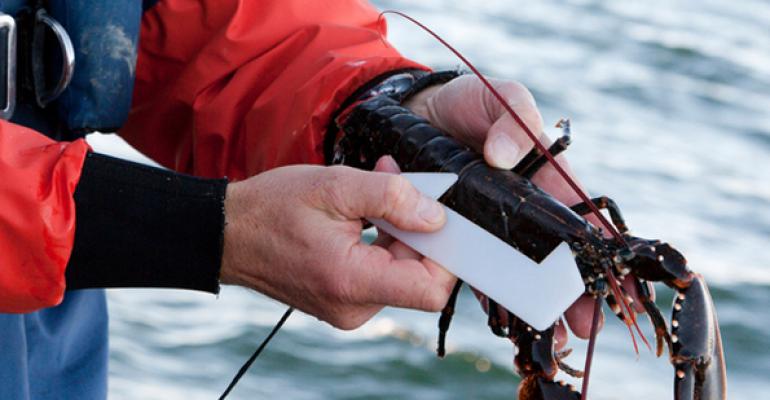 Cape Cod-based wholesaler The Lobster Trap has acknowledged responsibility for shipping undersized lobsters to Price Chopper Supermarkets that were seized during recent inspections conducted by the New York State Department of Environmental Conservation.

The supplier said in a statement that it inadvertently shipped lobsters to Price Chopper that would be of legal size in other states but fell short of requirements in New York. Lobsters sold in New York must measure at least 3 3/8 inches from the eye socket to the end of the body shell; the lobsters supplied to Price Chopper were 3 1/4 inches.

“It was never our intention to send short length lobsters to any of our customers,” said The Lobster Trap co-owner Logan Clarke.

“It’s entirely our fault that some of our packers mixed 3 1/4-inch lobsters earmarked for other Northeastern states with the shipment bound for Price Chopper.”

Last week, DEC announced it had seized more than 1,100 pounds of undersized lobsters in three different inspections over a period of four months. The retailer could be subjected to fines of up to $100 per shellfish.

“We’re shipping tens of thousands of lobsters daily. It’s important for people to understand that Price Chopper didn’t knowingly accept short length lobsters from us. We delivered them in error,” said Dave Madden, Lobster Trap’s other co-owner. “We find it truly unfortunate that our unintentional lack of oversight has put into question their fine reputation as a retailer with whom we have done business for nearly 30 years.”

A Price Chopper spokesperson contacted by SN declined to comment.

A spokesperson told the Albany Business Review that the retailer has stopped working with The Lobster Trap and intends to hold the supplier responsible for the violations.