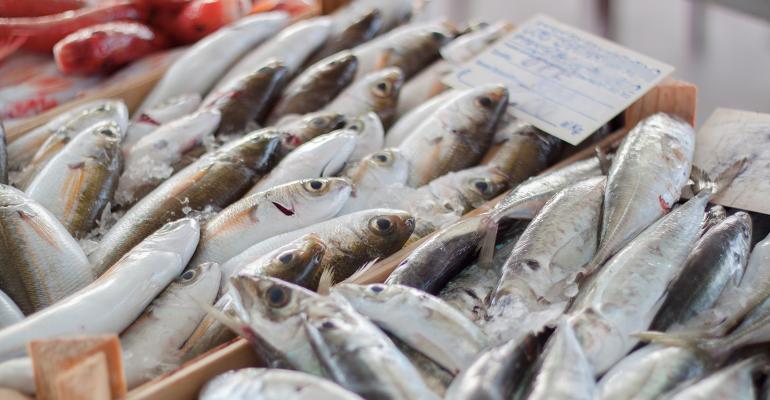 While seafood mislabeling in the European Union has dropped in recent years, no such trend is apparent in the U.S., according to a new report from ocean conservation group Oceana.

The report, “Deceptive Dishes: Seafood Swaps Found Worldwide,” analyzed over 200 published studies from 55 countries to compare instances of seafood fraud around the globe.

Oceana credits the E.U.’s increasingly tough legislation on illegal fishing and supply chain transparency with the drop in mislabeling.

In the U.S., a Presidential Task Force on Combating Illegal, Unreported, and Unregulated (IUU) Fishing and Seafood Fraud was established in 2014 to address the issue. A proposed rule issued in February 2016 would require traceability of 13 “at risk” species up to the point that they are imported into the U.S.

Oceana has advocated for complete traceability of all seafood species all the way through the supply chain.

“The path seafood travels from the fishing boat or farm to our dinner plates is long, complex and non-transparent, rife with opportunities for fraud and mislabeling,” Oceana senior campaign director Beth Lowell, said in a press release. “American consumers deserve to know more about their seafood, including what kind of fish it is, how and where it was caught or farmed, and they should be able to trust the information is accurate. The fight against seafood fraud must include all seafood and extend from boat to plate.”

Of the species studied, the most commonly mislabeled fish in the U.S. are snapper, grouper and salmon.

Previous Oceana studies have found that seafood mislabeling in the U.S. is more common at restaurants, particularly sushi restaurants, than at supermarkets.