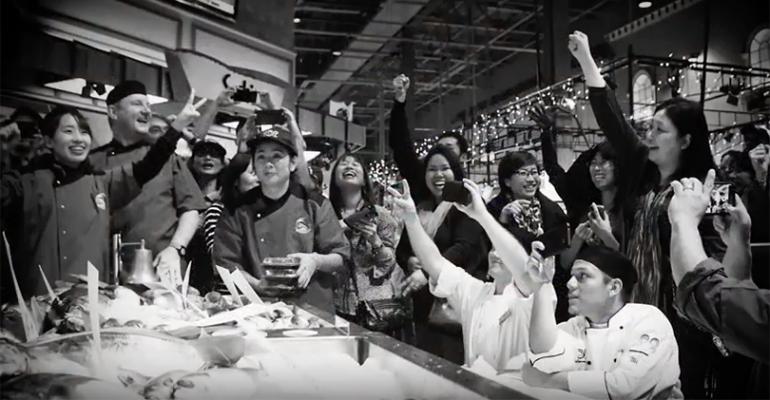 One of about only 10 Japanese farm-raised bluefin tunas shipped to the U.S. each year was the centerpiece of Wegmans’ popular Sushi Fest event, which took place last weekend at the retailer’s Chestnut Hill, Mass., location.

The store’s fresh prepared self-serve food bar was transformed to resemble Tokyo’s famous Tsukiji Fish Market for the event, which is known to draw Japanese-speaking shoppers from up to 100 miles away, according to the retailer who declined SN’s request for comment. Fish was flown in overnight from around the world.

“The Tsukiji Market is the largest fish market in the world and it’s been an impressive cultural landmark for more than 80 years,” Wegmans’ Executive Chef John Emerson said in a statement. “We’re proud to honor the spirit of the market at this special cultural celebration for our customers.”

In keeping with the fish market’s tradition, the event featured three separate Maguro no Kaitai shows where a brass bell was rung and bluefin tuna sourced from Kindai University and Takuyo in Japan was taken apart with a six-foot knife and fileted in front of the crowd.

The antibiotic- and hormone-free tuna was then made into sashimi-style pieces called saku blocks by Wegmans’ executive chefs and master fish cutters from top fishmonger, Uoriki Japan. The fish was then carried out on trays for shoppers to purchase. Orders were taken by Japanese-speaking Wegmans employees and chefs from Uoriki.

Shelley Kohan, VP of retail consulting at San Jose, Calif.-based RetailNext, said that with its Sushi Fest event, Wegmans has taken store theatrics beyond the basic level and tapped into the ethos of its brand.

“They’ve added two key elements which are very important,” Kohan said. “One of which is the curation of products, which they’ve done very well since they’ve brought in these amazing products from Japan and they’ve also brought in the expert sushi chefs who were trained in Japan to bring an event that’s unique to the store and an area of expertise that most shoppers may not have access to,” she said. Among the offerings were octopus from Tsukiji, scallops from Hokkaido, sea urchin from California and Kampachi from Hawaii.

Adding to the excitement was a crowd-sized game of rock-paper-scissors with the prize being a free package of a highly prized scrape of tuna from the bone, known as nakaochi.