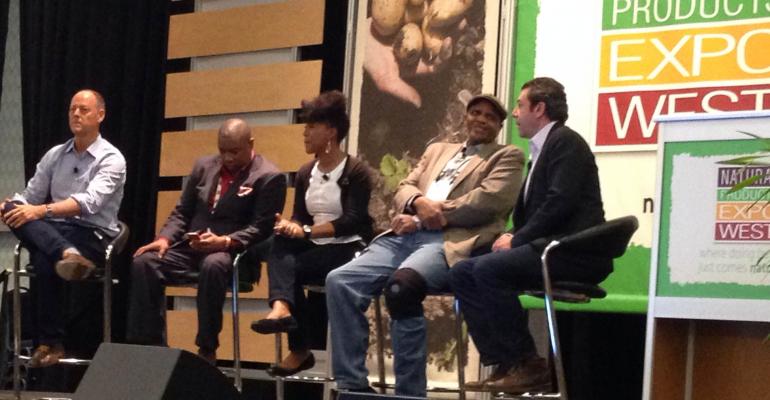 Northgate aims for ‘platform of respect’

Helping underserved communities have access to fresh foods is about more than just the food, said Oscar Gonzalez, Northgate Gonzalez Market co-president, at a panel at the Expo West show in Anaheim, Calif.

“It’s more than just having the food there, having the fresh produce, fresh meat, fresh breads. It’s really about creating an environment where people feel safe, where families feel safe and where there’s a platform of respect,” Gonzalez said.

Two examples Gonzalez gave were keeping bathrooms as clean as expected in high-income communities and making sure the parking lot is lit properly at night so customers feel safe shopping in the store.

“A lot of our success and our growth has really been about success at making sure those things we all take for granted become important,” he said. The Anaheim-based chain has also focused on educating customers about the pillars of healthful meals. Last year the retailer hired its first dietitian. The store is also known for its “Viva la Salud” wellness program.

Gonzalez described his chain’s approach to opening new stores in a new community as “holistic.”

“We really feel that by opening a store in an underserved area, that we can make that community better,” noting that Northgate reaches out to faith groups and programs for children to become integrated into the community.

One challenge, Gonzalez argued, is that natural and organic foods are still out of reach for his shoppers.

Whole Food Market co-CEO Walter Robb, the moderator of the food access panel, noted that a newly opened Detroit Whole Foods worked hard to make the pricing and assortment affordable to the Detroit community. The Austin, Texas, chain is also opening a new store in the Englewood community in Chicago’s South Side.

Other panelists on the food access panel included Will Allen, CEO of Growing Power; James Dukes, bishop of the Liberation Christian Center; Robin Emmons, executive director of Sow Much Food; and Clint Smith, an educator and poet.