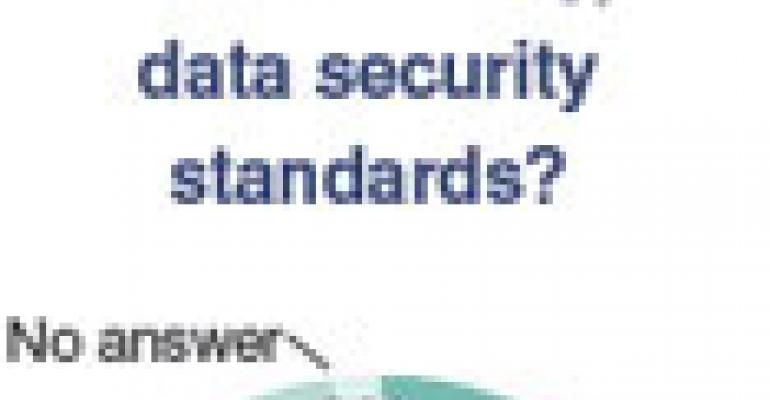 Data warehousing ranks high in this year’s technology survey, reflecting the desire of retailers and wholesalers to gain insight into operations through data analysis.

POS systems — the linchpin of a food retailer’s technology arsenal — figure prominently each year in SN’s survey of technology trends in the supermarket industry, and the latest survey, conducted late last year, was no exception.

But the 2007 survey — upon which this 14th annual State of the Industry Report on Supermarket Technology is based — also uncovered other trends that have been percolating more recently through food retailers and wholesalers. In particular, survey respondents, especially on the wholesaler side, indicated a notable interest in data warehousing systems.

Overall, data warehousing was selected by 38% of respondents as an application that will be given high priority in terms of usage, expansion or upgrades in 2008. That made it the most popular of the applications deemed high-priority for 2008 by survey respondents, who consisted of 60 retailers, 22 wholesalers and two respondents who did not list the primary business of their organization. (See story on Page 58 for further details regarding the survey.)

In addition to storing data, data warehousing systems allow retailers and wholesalers to do sophisticated analytical inquiries into what the data means for their business in areas ranging from inventory to pricing. For example, K-VA-T Food Stores, a 92-store operator based in Abingdon, Va., undertook a major overhaul of its Teradata data warehouse system last year to leverage granular transaction data that offers insight into what’s happening in its stores.

K-VA-T, which has used the data warehouse for such applications as category management, vendor scorecarding and loyalty marketing, plans to apply it now to fresh-item management, production management and labor scheduling.

The use of data — POS transaction and loyalty-card data, as well as other kinds of product and customer information — has become a hallmark of a growing number of major retailers such as Safeway, Kroger and Tesco. But the SN survey suggests that more midlevel retailers like K-VA-T are investing in technology to support a data-driven approach to their business. Retail respondents to the survey who disclosed sales and store data average $1.7 billion in annual sales and on average operate 152 stores, putting the average respondent at about 54th on SN’s Top 75 list of food retailers.

The survey’s finding that wholesalers favor data warehousing systems suggests that they are seeing value in the technology not only for their warehouses and corporate stores, but for the smaller independents that rely upon them for technical insight and direction.

Disaster recovery is an application that companies have been citing as a high priority over the past few years, following the destruction wrought on the Gulf Coast in 2005 by Hurricane Katrina. It ranked second on the list of

high-priority items for 2007, with 31% of respondents overall, and 45% of wholesalers, selecting it. It is tied for sixth place among important applications for 2008, suggesting that more companies have their disaster recovery plans in place.

When asked specifically whether their companies are in compliance with PCI data security standards, 63% of respondents said yes. Of those that said no, 83% expect to be in compliance this year. Failure to secure consumer card data according to the PCI requirements could subject retailers to steep fines.

Another application that many respondents (33%) expect to be a high priority in 2008 is category management, which allows retailers to look at the contribution each product makes to its overall category’s revenue and profits, including the effects of cannibalization, among other factors. Ahold USA and Brookshire Grocery are installing category-management applications as part of their implementations of Oracle and SAP Enterprise Resource Planning (ERP) solutions, respectively.

Adoption of computer-based ordering, which bases store orders on a forecast of customer demand coupled with an accurate read of store inventory, has lagged in the U.S., though it has seen wide adoption in Europe. But one-quarter of survey respondents said it would be a high-priority application in 2008, and 13% said they would test or launch it this year.

More than one in four respondents said that labor scheduling (27%) and time-and-attendance applications (26%) would be high priorities this year.