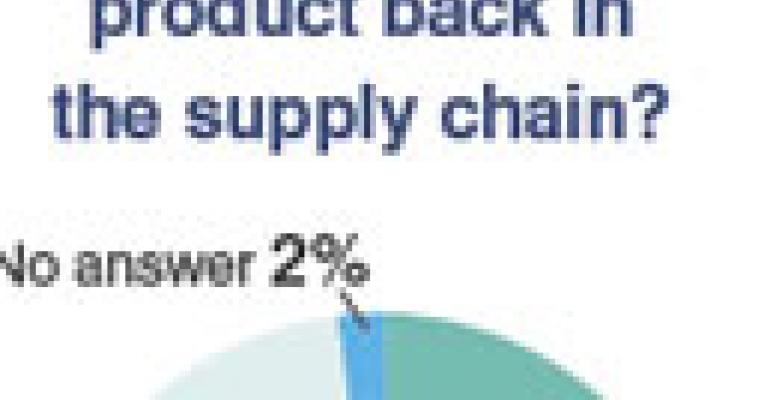 One of the more pressing issues facing retailers last year was the rise in the number of product recalls initiated by manufacturers. The food industry has been forced to evaluate and in some cases improve its mechanisms not only for keeping food safe from contaminants, but also for quickly tracing the source and destinations of contaminated food products.

But the SN survey suggests that some companies are not yet fully addressing the food safety issue. Less than half (46%) of respondents said their company is able to trace a tainted product back in the supply chain. Another 20% said this capability was under consideration.

The survey also asked respondents a number of general questions about their IT operations. For example, the average IT budget of respondents came out to be 0.7% of sales. On average, respondents plan to increase their IT budgets 5% in 2008, with about a third (32%) keeping them the same.

Respondents also said that more than a third (36%) of their IT efforts, on average, are developed in-house, with wholesalers averaging half of their IT development in-house.