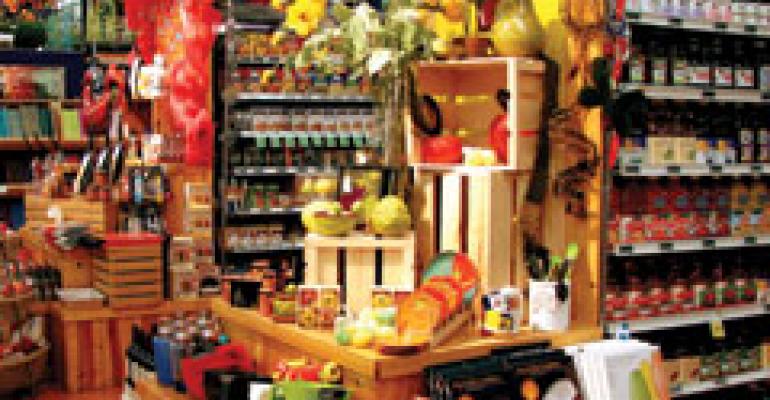 BEND, Ore. Newport Avenue Market knows what it takes to be the best. This month, the IGA Plus location here was named Best Grocery Store by The Source Weekly in their annual The Best of Central Oregon issue. It marks the twelfth year in a row that Newport Ave. has won the award from the regional paper. We've been pretty fortunate, owner Rudy Dory told SN. It just goes to show what a great job is done

BEND, Ore. — Newport Avenue Market knows what it takes to be the best. This month, the IGA Plus location here was named “Best Grocery Store” by The Source Weekly in their annual The Best of Central Oregon issue. It marks the twelfth year in a row that Newport Ave. has won the award from the regional paper.

“We've been pretty fortunate,” owner Rudy Dory told SN. “It just goes to show what a great job is done by our staff at making it a pleasant place for people to shop.”

The paper's selection highlighted the independent store's customer service, its selection of specialty food, including lots of hard-to-find beers and wines, as well as its popular deli.

Dory said that he and his team have always made an effort to stay ahead of trends, and differentiate themselves from local competitors.

“We try really hard to be on the cutting edge. We go to a lot of trade shows, so we're constantly looking for trends. And we try to do fun and crazy things … We try to keep it mixed up so that there's always something unexpected.”

The determination to be cutting edge has led to a few decisions that now look downright prescient. For example, almost 20 years ago, Newport's meat department stopped selling commodity beef products, and instead opted to source their beef exclusively from an upstart local rancher's cooperative called Oregon Country Beef, which is now known as Country Natural Beef.

“Our operating philosophy is to attempt to be the first, best or different in the market,” Dory said. “We're constantly trying to be the first to bring stuff in, we're always looking for what we feel are the best products, and if it can be different … This [partnership] was a homerun. We were the first, it was the best and it was different.”

Similarly, there's a chef on staff in the store's deli and prepared food department, and anytime Dory and his wife travel, they're constantly bringing back samples and ideas for new menu items.

“My wife and I travel a lot, and a lot of times we'll go into a store, and if we see a salad or something else we like, we'll buy it,” he said. “And if we can get an ingredient list, great, if not, we'll sit down and figure out what the ingredients are, and [replicate it].”

New twists are put on everyday favorites. Many of the deli's salads, for example, incorporate couscous, red rices or black rices to give the dishes a unique look and flavor. And traditional items like made to order sandwiches and a rotating menu of dinners make the deli a popular stop in the afternoon and evening.

The company is also working to keep pace with the latest trends in customer outreach. To stay on top of the latest news and the latest deals, Newport's shoppers can visit the store's website and subscribe to their Twitter feed or become a fan of the company on Facebook. They've also got the option of subscribing to an RSS feed of the company's “Barket Report,” highlighting that week's specials, or checking out Newport's blog, where department managers post about new products, upcoming contests, special events, and other news from the store.

“When we launched our loyalty marketing program, we hired a young person who had [online media] experience, and he helped us go down that path,” Dory said. “Now it's part of our commitment to advertising. You have to go where the customers are. We've found that [mobile] phones really are the medium that gets young peoples' attention.”

And staying in touch with what's new and exciting has helped Newport establish its identity and set itself apart in a city where competitors include Whole Foods, Fred Meyer, Safeway and Wal-Mart.

“We work really hard trying to develop that atmosphere, where it's fun and eclectic,” Dory said. “Over the years, people have come to expect that.”

Alcoholic beverages that go beyond beer
May 27, 2021