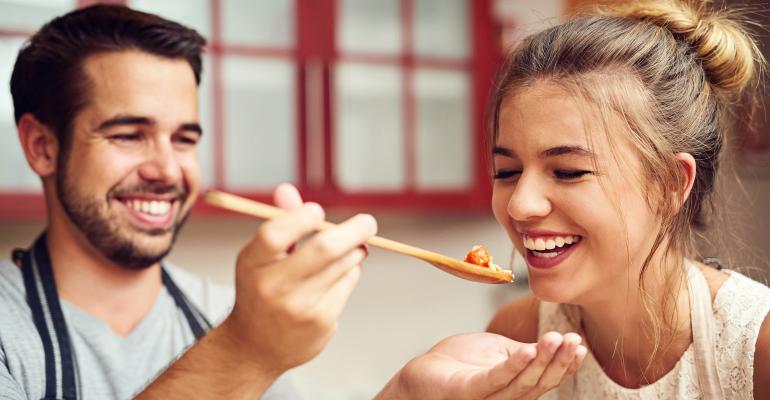 Inside the dinner confessional

We know what shoppers tell us, but their shopping behaviors reveal a different story.

Ten diverse shoppers in a yearlong experiment with Tyson Foods, Deli Division, shared how the prepared foods department can better meet their needs as a go-to solution when faced with dinnertime stress. While the test group1 generally concurred they idealize the dinner hour, hoping to relax, unwind and bond with their families; they confessed it usually turns out to be unrewarding.

According to Eric LeBlanc, director of channel marketing, deli, at Tyson Foods, Inc., “Many shoppers, including those participating in our Unconventional Shopper Connections experiment, admit they aren’t turning to prepared foods, even as a bail out. While most see our departments in a favorable light, they don’t think prepared foods are for them. They’d like to incorporate them into meal ideas that feel planned out and made from scratch, but they need some inspiration. So, it’s up to us to provide it.”

The test group did say that perceptions of freshness, taste, and flavor are more important, but good execution alone is not enough to inspire them to put prepared foods into their mindsets or carts. This feedback aligns with past research2 in which purchasing behaviors were negatively impacted by the old broken deli concept that promotes individual products and value proposition, neither of which helped shoppers create satisfying meals their families would actually enjoy.

As we look closer at the needs of our shoppers, we can find opportunities for retail to become more of a regular “go to” mealtime solution as well as an inspirational choice for quick, tasty, and easy meal ideas.

•  Shoppers find that fresh, flavorful and novel foods are appealing and inspiring.

•  Offer meal ideas and simple solutions that focus on the freshness and versatility of prepared foods.

Sponsored Content
Grocers must keep their contactless guard up.
Aug 21, 2020