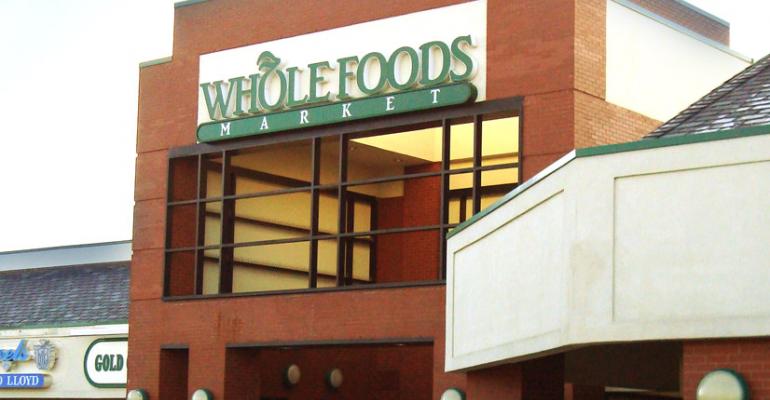 &ldquo;It&rsquo;s very exciting to see refrigeration included in the new rating system so we will be rewarded for the things we are doing.&quot; &mdash; Tristam Coffin, energy and maintenance project manager, Whole Foods&rsquo; Northern California region

AUSTIN, Texas — Whole Foods Market here is leading the food retailing industry in obtaining the “Green Globes” building certification — an alternative to the popular LEED (Leadership in Energy and Environmental Design) certification that retailers have traditionally obtained to demonstrate that their buildings have met environmental standards.

Whole Foods and other food retailers will be in a better position to gain Green Globes certification for their stores later this year when the certification process, managed in the U.S. by the non-profit Green Building Initiative (GBI), Portland, Ore., incorporates refrigeration standards developed by the U.S. Environmental Protection Agency’s GreenChill program.

So far, 12 Whole Foods stores have garnered Green Globe certifications over the past few years, said Tristam Coffin, energy and maintenance project manager for Whole Foods’ Northern California region, who spoke about the chain’s participation in the program during a recent webinar hosted by GreenChill.

Coffin praised the Green Globes certification process as “user-friendly,” giving Whole Foods an outside perspective “beyond what we get from our [internal] team of engineers and architects.”

GBI positions Green Globes as a more flexible and less expensive alternative to the LEED certification, managed by the U.S. Green Building Council, Washington. At the same time, the programs overlap, with 85% of the information required by LEED also required by Green Globes, noted Sharene Rekow, vice president of business development for GBI, who also participated in the webinar.

Whole Foods has also obtained LEED certification for a number of stores, including one store, in Lake Grove, N.Y., that has both LEED and Green Globes certification — the first dual-certified supermarket in the U.S.

Other food retailers pursuing Green Globes include Wegmans Food Markets, Rochester, N.Y., which is in the process of securing its first Green Globes certification at a store in Germantown, Md., and Publix Super Markets, which has begun the certification process with its first store, according to Rekow.

Wegmans will have a certification site visit in early June at its Germantown store, said Kevin Stover, programs consultant for GBI, who also participated in the webinar. To get this store certified, Wegmans, with the help of GBI, had a town ordinance modified to accept Green Globes in addition to LEED, said Keilly Witman, manager of the GreenChill program.

Whole Foods is one of several large chains, including Publix, Food Lion, Target and Meijer, that participate in the voluntary GreenChill program, which works with more than 8,000 U.S. supermarkets in total. The program has developed a host of standards and best practices aimed at leak prevention, lower refrigerant volumes, and the adoption of environmentally friendly refrigerants and advanced refrigeration technology.

GBI plans to release revised Green Globes certification tools that will incorporate the GreenChill standards. In April, GBI will issue the revised tool for new building construction, followed by the updated tool for the Continual Improvement of Existing Buildings (CIEB) in July. The new tools, Rekow said, will be “totally indicative of [the supermarket] industry.”

“It’s very exciting to see refrigeration included in the new rating system so we will be rewarded for the things we are doing,” Coffin said, noting that food retailers have been penalized for having refrigeration systems that consume a lot of energy.

The GreenChill standards will be factored into Green Globes’ emissions and energy criteria, joining other requirements for management, water, resources and indoor environment.

In the LEED program, retailers can gain points for energy-related efforts involving refrigeration, such as energy-management controls and energy-efficient fans in closed dairy and refrigerated cases. However, the only refrigeration-specific credit obtainable in LEED is one point for achieving GreenChill silver certification for a store, meeting stringent standards for leaks and charge, noted Witman. The U.S. Green Building Council did not respond to a request for comment.

GreenChill’s Witman encouraged any retailers with GreenChill-certified stores to pursue Green Globes certification under its new rating system. “You would have a head start,” she said.

The Green Globes certification program is a points-based (up to 1,000 points), web-enabled process that provides feedback and guidance to users; it has no prerequisites. The guidance includes a third-party assessment by an independent assessor who can make “professional judgments” on how retailers can meet the certification criteria. “One size fits all doesn’t work with commercial buildings,” said Rekow.

The reason for the cost difference between Green Globes and LEED is that the Green Globes cost includes all “soft” consulting costs that are not included in basic LEED costs, Rekow said, adding that Green Globes certifications take less time to do — about four months. In addition, though it gives credit for commissioning, GBI doesn’t require it — as LEED does —which lessens costs considerably.

GBI introduced the Green Globes system in the United States in 2004 and has since certified about 800 buildings; in 2005, GBI became the first green building organization to be accredited as a standards developer by the American National Standards Institute (ANSI). In Canada, a similar system for existing buildings is operated by the Building Owners and Managers Association of Canada (BOMA) under the brand name BOMA BESt. All other Green Globes products in Canada are owned and operated by ECD Energy and Environment Canada Ltd.

According to Rekow, Green Globes-certified buildings use 19% less energy and 55% less water on average and divert 60% more waste.

Whole Foods Market plans to open a store in Brooklyn, N.Y., in November that will be one of the first in the U.S. to deploy an environmentally friendly  transcritical refrigeration system that uses only carbon dioxide as its refrigerant, according to Tristam Coffin, energy and maintenance project manager for Whole Foods’ Northern California region.

Coffin referred to the store in a recent webinar hosted by the Environmental Protection Agency’s GreenChill program that addressed the Green Globes building certification program.

The transcritical system to be used by Whole Foods is the Advansor system made by Hill Phoenix, Conyers, Ga., said Keilly Witman, manager of the GreenChill program. She noted that “at least two other” supermarkets will have transcritical systems before the Whole Foods Brooklyn store, one using a system from  Carnot Refrigeration, Trois-Rivieres, Quebec, and the other using a Hill Phoenix system.