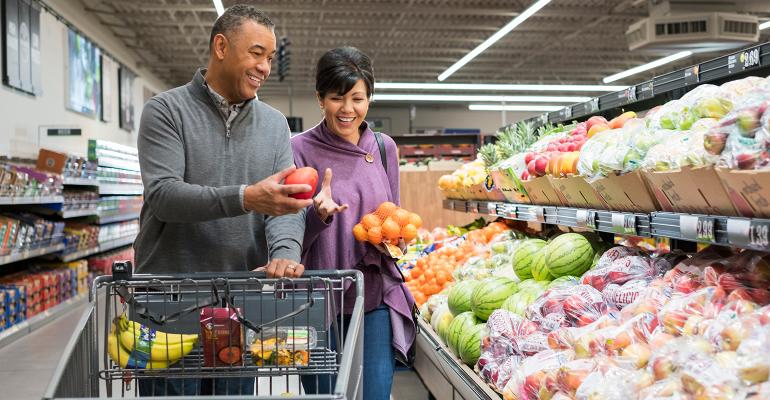 Limited-assortment operator Aldi on Wednesday unveiled a $1.6 billion remodeling initiative across its U.S. store base that will allow it to expand its perishables offering and revitalize its older stores.

The Germany-based chain, which has its U.S. headquarters in Batavia, Ill., is allocating more space to its produce, meat, dairy and bakery departments and refreshing the appearance of its stores with open ceilings and more natural lighting. It is also adding new display fixtures and widening some aisles to create a better shopping experience.

The remodeling program, which is already reflected in some of the company’s newest stores, will include expanding the average square footage of selling space by about 20%, from about 10,000 square feet to about 12,000 square feet, a spokeswoman for Aldi told SN. The company said the remodels would feature environmentally friendly construction, including the use of recycled building materials, LED lighting and energy-efficient refrigeration.

More than 1,300 stores are slated to be remodeled by 2020, in addition to the previously announced plans to invest $3 billion for the addition of 650 new Aldi locations in the U.S. during the next five years. The company, which currently operates more than 1,600 stores in the U.S., said it expects to have nearly 2,000 locations open by the end of next year.

It was not clear how the executive change might impact Lidl’s plans for its U.S. entry, which has been in the works for several years and is expected to begin along the East Coast.

Stewart Samuel, program director at IGD in Vancouver, B.C., where he oversees North American research, said Aldi’s moves go beyond seeking to better compete against Lidl in the U.S.

“Competing with Lidl is part of the plan, but both these retailers will be focusing on taking share from existing supermarket operators, rather than targeting each other directly,” he told SN.

He said the Aldi remodels will bring the format closer to the format it operates in Europe.

“Stores have been upgraded in a similar way across a number of European markets, presenting a more contemporary shopping environment,” he said.

By focusing on perishables, the chain is seeking to drive more frequent customer visits, Samuel said.

The expanded and remerchandised fresh departments accompany an overall shift that Aldi has been undertaking in its assortment throughout the store, as it has added more on-trend and healthy items. In recent years it has rolled out the liveGfree brand of gluten-free foods, a line of SimplyNature products that include several organic items, and a line of premium baby products under the Little Journey brand.

“These improvements help Aldi to attract a wider range of shoppers,” said Samuel.

Meanwhile Lidl also has been opening increasingly larger stores in Europe, Samuel said, noting that he expects Lidl’s stores in the U.S. to be “closer to the 20,000-square-foot footprint.”

Neil Stern, senior partner at Chicago-based retail consulting firm McMillanDoolittle, wrote in a blog post on Forbes.com Wednesday that a newly remodeled Aldi he toured in Plainfield, Ill., includes a larger wine department at the front of the store, an open refrigerated case for value-added produce and new refrigerated cases in the meat and deli departments.

He said SKU count had not increased dramatically, but presentation and display had been greatly improved.

Grocery can take a page from specialty retail to attract the ‘omni-choice’ shopper
Dec 24, 2020