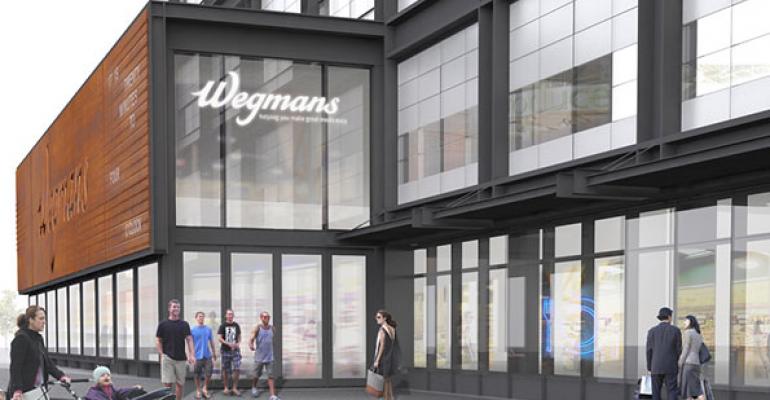 Design architect S9 Architecture has also released the first renderings of the project, illustrating a glass and steel facade that will carry through three retail buildings to be built as part of the Admiral's Row project, being developed at the Southeast end of the Navy Yard, a former military shipbuilding hub dating to 1801.

The site would be located across the street from public housing projects but also borders the wealthy enclave of Williamsburg and is in reach of millions via the Brooklyn-Queens Expressway, and Williamsburg and Manhattan bridges.

Wegmans, Rochester, N.Y., announced plans to build the store 13 months ago. The 74,000-square-foot store would be the retailer's first site in New York City.