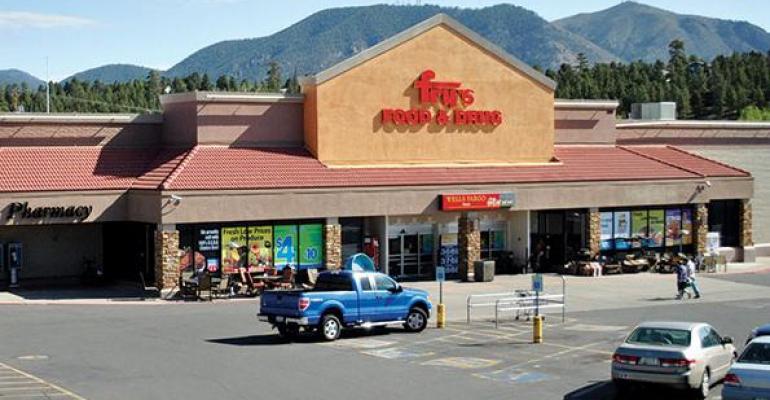 Kroger's Fry's Food Stores division on Friday released details of a plan to expand its presence in Arizona with seven new stores in 2016, including six large-scale Marketplace units.

SN reported on Fry's activity in the market in October.

On Friday, Kroger said the expansion plan represents a $260 million investment including the six Marketplace stores, a new Fry's conventional store in Tucson, as well as fuel centers. The initiative will create more than 2,000 full- and part-time jobs.

"Fry's is a company that is focused on smart, strategic growth and providing a highly-satisfied customer shopping experience," Steve McKinney, president of Fry's, said in a statement. "We've operated here since 1960. In that period, we've grown our footprint to 119 stores and 82 fuel centers. Fry's successfully reached this point by closely monitoring the unique needs of this market and evolving to meet the requests of our customers."

A conventional Fry's store in Tucson is also set for a fall opening.

Fry's was the first retailer to install the Power Parasol in 2013 at its Bell Road Marketplace Store in Phoenix. According to the company, the pilot project proved to be a hit with customers and the store quickly realized a 20% savings on its electric bill.

"We pride ourselves on providing the best possible experience for our customers inside every Fry's Food Store," McKinney said. "Now, we have found a way to provide a better experience outside our stores. Plus it increases our 'green efforts,' which help to make our community a better place to live now and in the future.