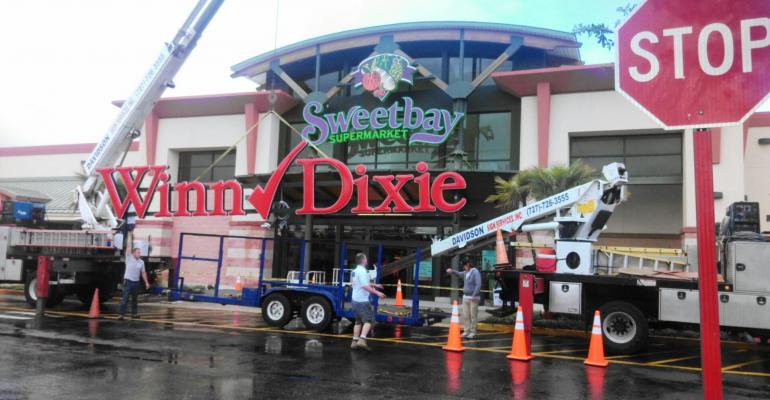 Winn-Dixie said it expects to complete the rebranding of the Sweetbay stores it acquired from Delhaize Group by April 18.

As previously reported, the Sweetbay stores are part of a group of 134 supermarkets that Jacksonville, Fla.-based Bi-Lo Holdings, the parent of Winn-Dixie, acquired for about $265 million. Most of the Harveys stores acquired in the transaction are expected to retain their current banner, while most of the acquired Reid’s stores are being converted to the Bi-Lo name.

Sweetbay was a banner Delhaize had created to replace its struggling Kash n’ Karry stores. It had completed the conversion of that chain in 2007, but sales never achieved expectations.

Photos courtesy of Winn-Dixie
Text and captions by Mark Hamstra