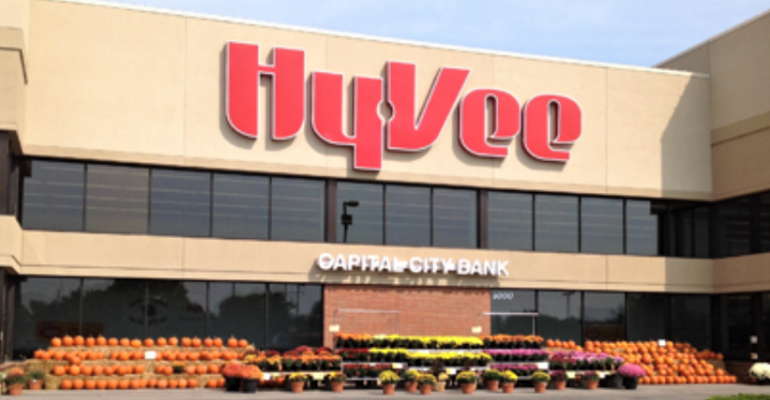 Hy-Vee is remodeling 14 stores in the Kansas City market as part a $90 million project that will bring new features and services to customers over the coming months.

The Midwestern grocer said this week that the store upgrades include unique foodservice offerings, new departments, updated signage, enhanced health and wellness services, and refreshed convenience stores at some locations.

Most renovations are slated to be completed by early next year, according to Hy-Vee. The West Des Moines, Iowa-based retailer said construction is under way at several locations.

Though the extent of the remodels and department updates will vary by location, changes generally will include new foodservice options such as Mia pizza, hibachi and sushi islands, Basin & Beauty department expansions, new floral departments, the addition of gift departments and HealthMarket expansions. Other efforts include the relocation and upgrades of in-store Starbucks cafés, installation of self-checkout lanes, the addition of Joe Fresh apparel, and the rebranding of Hy-Vee Gas locations to Hy-Vee Fast & Fresh Express locations.

“Hy-Vee has a proud history in the Kansas City metro area, opening our first store in Overland Park in 1988,” Jeremy Gosch, executive vice president, co-chief operating officer and chief retail officer at Hy-Vee, said in a statement. “Thirty-one years later, we have 24 stores serving Kansas City, Lawrence, Topeka and Manhattan and are excited to make this nearly $90 million investment in an area that has been a great home to Hy-Vee.”

Also as part of the investment, Hy-Vee later this fall plans to open a new e-commerce fulfillment center in Kansas City to serve the area’s Hy-Vee Aisles Online grocery pickup and delivery customers. To meet the needs of its expanding online ordering services, the company announced in November 2017 that it aims to open three new e-commerce facilities over the coming years, including in the Twin Cities and Omaha, Neb. Hy-Vee already operates an e-commerce fulfillment center in Des Moines.