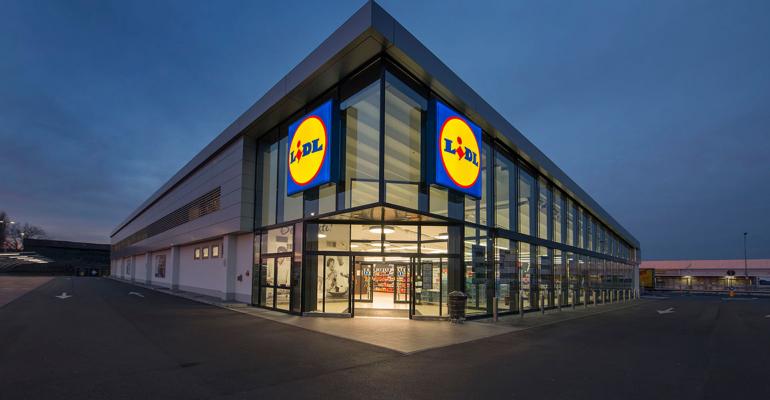 German discounter Lidl, already at work on a large-scale invasion of the U.S. East Coast, is planning a second front in Texas, a spokesman for the company confirmed to SN Friday.

"Our focus right now is in our operations along the East Coast, opening our first stores, and introducing customers to Lidl US and the unique shopping experience we'll offer. We have begun looking at sites in Texas, but it's too early for me to comment further on that at this early stage," Will Harwood, a spokesman for the Arlington, Va.-based division of Germany's Schwarz Group, said in an email. He declined to elaborate on specific sites, markets or a timeline.

An expansion to Texas — already home to some of the U.S.'s most competitive supermarket activity and the home state of well-regarded names like H-E-B and Whole Foods — provides further indication that discounters are seeing opportunity within saturated grocery markets, where their low everyday prices and more efficient operating model can stand out. Texas in recent years has absorbed new entries from discounter WinCo and from the U.S. division of Lidl's German-based counterpart, Aldi, while seeing conventional and specialty chains like Minyard and The Fresh Market fail. It also illustrates massive U.S. ambitions for Lidl, which is already in preparations to open three distribution centers and dozens of East Coast stores from New Jersey to Georgia as early as next year.

"I was surprised that Lidl confirmed to our news colleague in Houston that they are sounding the market in Texas because it is 2,000 kilometers or so away from where they are building their head office and DCs," Mike Dawson a Frankfurt-based journalist following the retailer for the German food industry trade newspaper Lebensmittel Zeitung, told SN Friday. "Unless they are trying to put Aldi USA and others off the scent, this can only reflect the huge extent of their expansion plans in the U.S."

Analysts consider Texas — particularly the Houston and Dallas markets — among the most crowded and price competitive in the country, particularly in recent months as deflating prices have taken hold. They include a substantial presence not only of all three of the largest U.S. grocers — Wal-Mart Stores, Kroger and Albertsons — but H-E-B, which dominates many markets in Texas but currently has only a small presence in Dallas.

That competitive density itself may be what's attracting discounters, sources said. Aldi beginning in 2010 plowed into the Dallas market and since followed in Houston. Today the Batavia, Ill.-based operator has 90 stores in the state, according to its website.

"When they entered that market six or seven years ago, I think Dallas and Houston were already among the most price competitive markets in the country, and yet Aldi popped up with about 30 stores very quickly," Ajay Jain, senior analyst at Pivotal Research, New York, remarked during SN's Financial Analysts Roundtable last month.

"Aldi and Lidl have never feared an established supermarket culture in the countries they expand to and often wait until one has evolved before they come," Dawson said. "Their whole culture is based on offering a big price difference to supermarket operators on the narrow range they offer. Therefore, there has to be a supermarket culture they can score price points off of."

This approach is also reflected in real estate strategies, with Aldi in particular keen to locate stores in close proximity with the leading stores in the markets it enters, often Walmart. "They know they’re going to just draft on it," Joe Feldman, senior managing director of Telsey Advisory Group, said during the SN Roundtable event.