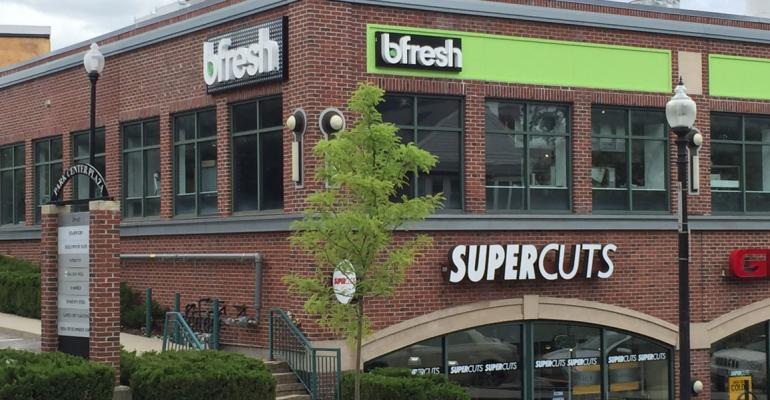 As it turns out, urban Millennials like conventional branded groceries too.

Nearly a year after the debut of its urban fresh concept, bfresh, Ahold's Fresh Formats team has made changes in the format's offering and assortment that it said will better position the store as a primary option for its shoppers.

Specifically, the store has expanded its grocery aisle to add hundreds of branded packaged goods to an assortment previously heavily tilted toward fresh, and natural and organic brands. Bfresh is also evolving the store's "Little Kitchen" concept to include more grab-and-go and heat-and-eat food options to its showcased prepared-on-the-spot offering.

Those changes have already occurred at bfresh's flagship in Allston, Mass., and are coming to a second location set to open later this month in nearby Brighton, Mass., Suzi Robinson of Fresh Formats told SN in an interview Tuesday.

"Customers have responded extremely well to the format and the brand, but in terms of the assortment one of the great learnings we had from our store in Allston is that people really love to cook. And two things came out of that: The majority of the store still emphasizes fresh, but we made some changes to extend our grocery lane, adding hundreds of items so that customers can come in, buy their fresh food, but also get the groceries they're looking for," she said.

Robinson said customers would see more grocery — "everything from paper towels to peanut butter" — as part of the store.

In the meantime bfresh has been "reviewing what we're offering in terms of prepared food," augmenting the made-to-order scratch kitchen with more pre-prepared grab-and-go foods, Robinson said. "We're still cooking from scratch, but people will see more options. For example if you go to the sandwich station oftentimes you'll see sandwiches that are ready right there in addition to those you can order."

The changes at bfesh indicate Ahold is still zeroing in on how to best meet the opportunity to sell to young urban shoppers. As previously reported in SN, a second bfresh store in Fairfield, Conn., opened and closed within six months when officials said the particular neighborhood wasn't suited for the concept. The Allston site earlier this year added online ordering and delivery, and expanded its popular bulk foods section by 6 feet. Plans are in the works for an additional bfresh sites in Somerville, Mass., and in Philadelphia.

The 9,700-square-foot bfresh in Brighton, about two miles away from the Allston flagship, will open Aug. 19. Robinson described the location as dense and urban, but also more residential and auto-based than Allston.

When bfresh opened a year ago, the company touted the offering for addressing the compromises neighborhood shoppers faced when trying to find what they wanted at conventional and specialty grocery stores. That's still part of the message, but a emphasis on a complete shop accompanies it.

“Shoppers want to keep things simple. They want fresh foods they can afford, right around the corner. Bfresh is all about meeting those needs,” Patrick Blye, bfresh team coach, said in a news release about the Brighton store. “No matter how you want to shop — like stocking up for the week, buying fresh for meals every day, or stopping in for the freshest quick bite in town — bfresh has got you covered.”