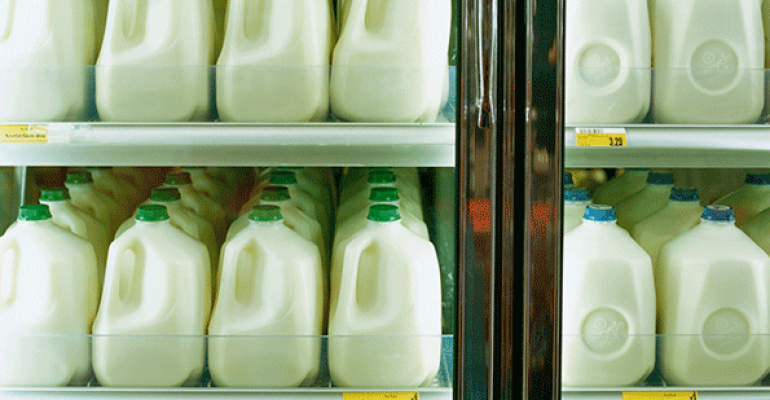 The Refrigeration Roundtable: Lessons from the field

The Fresh Market is more efficiently maintaining its refrigeration system with remote access to performance data, according to Alex Shingarev, the chain’s refrigeration specialist.

Shingarev was among the store technical experts, who along with contractors and sponsors, discussed remote technologies and other supermarket refrigeration issues during ContractingBusiness.com’s 2014 Refrigeration Roundtable, held in conjunction with the HVAC Comfortech trade show, a closed meeting sponsored by  Danfoss, Emerson, Heatcraft and Hussmann. Following are excerpts from that discussion.

Q: What new practices are you applying related to remote technology, as far as determining store conditions before making the drive to the store?

“One of the things they’re trying to do with this system, is instead of the traditional defrost schedule, they’re taking various readings on the coil, such as when the load drops, or superheat rises. It initiates the defrost based on load.

“It’s also very sensitive. In the first four weeks of that store’s opening, we received 3,500 alarms, because they had everything controlled to the smallest degree.

“It was sending out alarms from the frozen food cases for a 2 degree difference. Every night, when they’d open the cases to stock them, we’d get an alarm.

“As far as remote control warnings, the hurdle we see is that it could be a liability you don’t want to take on. We want eyes on the cases and on the system. For us to use a control system that sends an alarm, and then you make the determination whether or not to drive out to the store, there are some liability issues with that.”

Alex Shingarev, refrigeration specialist, The Fresh Market, added “At Fresh Market, we try to devise and use more access to system performance data. Some of those systems are designed for programmers, and are specialty. We want to be able to communicate with the system. We tried to demand this for every store. So the store manager has access without going up to the roof or into the motor room. They just open the program, and see a lot of information about the system. There are many benefits to improved performance data, especially for contractors. Do you drive 100 miles to the store, or look at screen to see that a freezer door was left open?”

Sam Wilson, president, Advanced Refrigeration Systems, said, “We sell equipment all over the United States. When we sell a piece of equipment in Missouri or Long Island, and later a contractor calls with a problem, we use remote monitoring all the time. We don’t have to be there to help them through the issue.

“But of course, you have to have somebody that can look at it. Usually we will assign the person who was there at the time the system was commissioned.

“If we have several calls about a piece of equipment, we pull back graphs or logs, or whatever we can to learn the history of what’s been happening. If, at some point, a valve is plugged, you’ve got to clean it out. But you might be able to point somebody in the right direction, before they go out to look it over.”

Q: What have you learned by working with differing low and medium temperature systems that could be applied to HVAC applications in a store environment?

André Patenaude, director of CO2 business development for Emerson Climate Technologies, said, “In refrigeration, of course, we can float head pressures to gain more capacity and lower compression ratios to save energy. We’re applying that to the air conditioning side as well.

“If it’s a commercial coil, you may have to add an electronic valve onto that evaporator, to handle the different liquid qualities and the drop in pressure. But at the end of the day, if you can control that superheat effectively at 80 condensing as you can at 105 or 110, you can easily calculate the saving.

“Then, you can approach your utility company, and tell them that you retrofitted this piece of equipment, and these are my calculated values. I’m going to drop the head pressure based on this many hours in the region in which I live.”