ADVERTISEMENT
And the winner is…

Candice Lastimado (second from left) of Metropolitan Markets, Seattle, defeated competitors from across the nation to claim a grand prize of $10,000 and the title of NBA Best Bagger Champion.

Members and guests of The National Grocers Association, led by president and CEO Peter Larkin, gathered in record-breaking fashion for the annual NGA Show in Las Vegas Feb. 28-March 2.

The gala featured entertainment by the Grammy Award-winning band The Mavericks and its “genre-defying melting pot of pop music.”

The super session “Palate Trips, Pairing and Profit With Craft Beers” got the audience involved in sampling craft beer, a red-hot beverage category.

The Women Grocers of America got Monday’s activities off to a running start with the 2016 WGA 5k Fun Run/Walk. All 5k proceeds benefit the Mary Macey Scholarship fund, dedicated to providing educational and professional opportunities for individuals in the independent grocery industry.

Ticket sales to the well-attended Chairman’s Dinner and Gala went to the NGA Foundation.

Friends and colleagues gather for the show’s dinner.

The opening session drew a big crowd — as did the entire show, which pulled in a record 3,300 attendees. 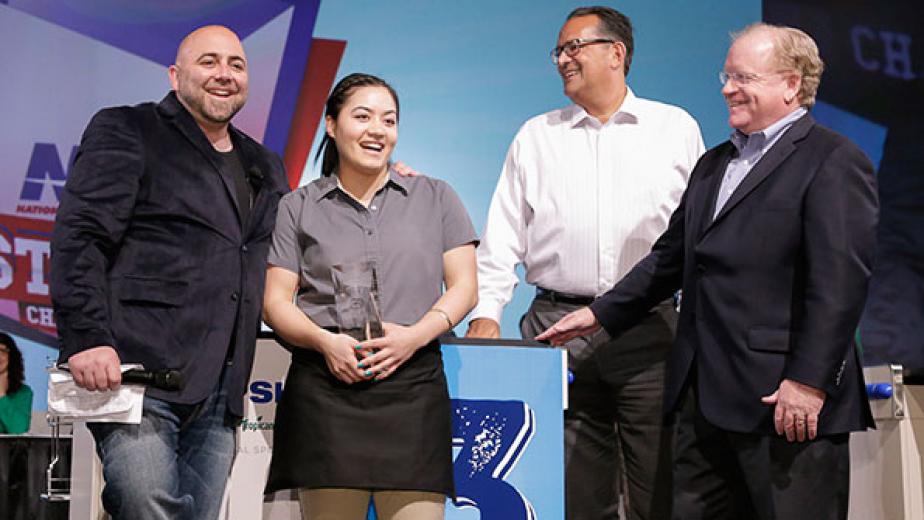