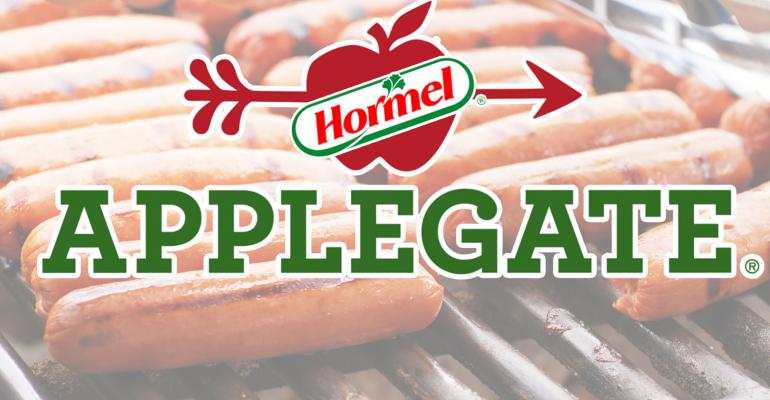 The deal is subject to regulatory approvals but is expected to be finalized within 60 days.

While Hormel plans to bring in some of its personnel to work with Applegate’s 100 employees, the company will operate as a standalone subsidiary in Hormel’s refrigerated foods segment.

“A growing number of consumers are choosing natural and organic products. This deal allows us to expand the breadth of our protein offerings to provide consumers more choice,” Jeffrey M. Ettinger, chairman of the board, president and CEO at Hormel Foods, said in a press release. “The Applegate team has built a great brand, and consumers can rest assured there will not be any changes to the way Applegate meats are raised and produced. Together, we can provide a faster path to expanded offerings in this high-growth category.”

“Over the last 28 years Applegate has brought transparency and clean ingredients to American favorites and classics like hot dogs, bacon and deli meat,” said Stephen McDonnell, Applegate founder and CEO. “It was my mission from the start to change the way we think about meat — how it’s raised and produced — and this agreement is definitely a continuation of that mission.”

In the past few years, several large food manufacturers have snapped up niche brands in order to expand offerings or appeal to a certain segment of consumers. Post bought MOM Brands in January, while General Mills acquired Annie’s last September.