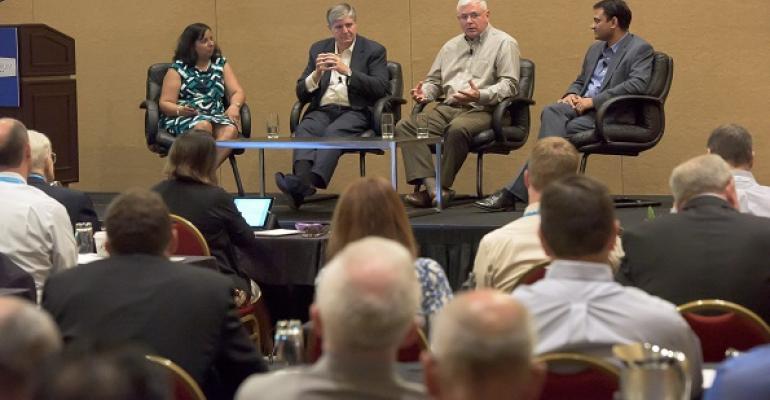 The food industry is desperately trying to understand Gen Y consumers, and many of the clues are already within grasp, according to speakers at the GMA Leadership Forum in Colorado Springs.

This was a big topic of conversation at this annual gathering of the CPG industry, and it wasn't just CPGs involved in the discussion.

"Millennials are looking to us for leadership," said retailer Mark Batenic, CEO of IGA, a speaker at the event. "They are seeking meal solutions ideas, and the industry needs to use tools like smart phones and tablets to reach them with solutions."

Batenic cited Millennial preferences that have become increasingly familiar to retailers and suppliers, such as organic, fresh, transparency, recycling and minimal packaging. He said trading partners need to work together to address these needs.

"We need to come with ideas, that's collaboration, and that's where we'll be successful."

Forecaster and futurist Daniel Burrus, founder and CEO, Burrus Research Associates, argued that it's too early for older generations to draw conclusions about Millennials, pointing out that the story of this generation hasn't been completely written yet.  "We know what Millennials are now, but what about when they have kids?" he asked. "At that point they'll start looking more like us."

Robert Tomei, president, Consumer and Shopper Marketing, IRI, said some of the stereotypes about Millennials aren't true or have only partial validity.

Millennials are often called self-absorbed, "but there's also a different side because they equate success with being good friends to others," he said. "They want to work for causes, and they contribute to communities."

Millennials are stereotyped as rejecting traditional life paths, he continued, but much of the data dispute that. More than 70% are employed, 28% are married, more than a third own a home, and 38% have kids, he explained.

This generation isn't considered to be brand loyal, but part of the difference is that Gen Y embraces store brands more than prior generations, and considers many private label products to be equal to premium brands, he said.

Moreover, many of these younger consumers aren't thought to be influenced by traditional media. "They are digital, but they do respond to traditional as well, such as in-store coupons," Tomei said. "So they are both digital and traditional."

IRI segmentation studies have found important variations among different subsets of Millennials, including those IRI dubbed "free spirits" and others called "new traditionalists."

"It shouldn't be one size fits all."