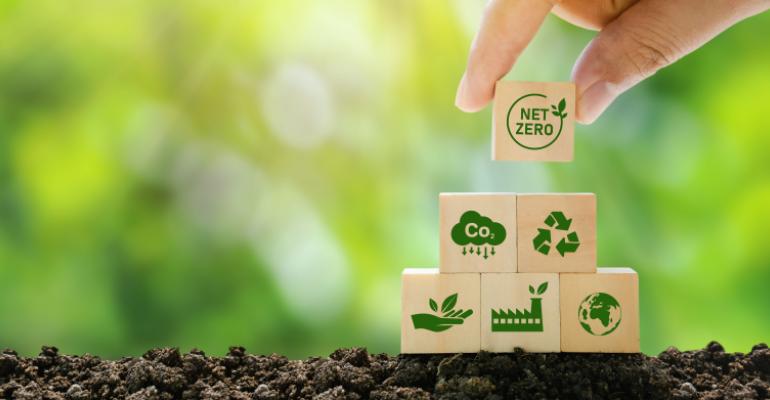 Dutch supermarket operator Ahold Delhaize stated that it is planning to reduce carbon dioxide emissions for its operation by 50% by 2030 and to become net-zero by 2040. The company also is seeking for its entire value chain to reduce carbon emissions by at least 37% by 2030 and to become net-zero by 2050, while ensuring that all of its climate targets are in line with the United Nations’ goal of keeping global warming below 1.5°C, Ahold Delhaize said.

“As a group of mainstream supermarkets and retailers, we want to provide customers with sustainable and healthy products, while keeping shelf availability and affordability top of mind,” Jan Ernst de Groot, Ahold Delhaize chief sustainability officer, said in a statement.

“Our commitment is to future generations, to continue to play a leading role in the transition to a more sustainable food system,” he added. “We are proud of frontrunners like Albert Heijn, who inspire other brands within the Ahold Delhaize group, and the sector, to take sustainability performance to the next level in their market.”

Zaandam, the Netherlands-based Ahold Delhaize’s Albert Heijn is the largest supermarket chain in the Netherlands. The operator’s U.S. banners include Giant Food, Hannaford and Stop & Shop.

Carbon emissions in Ahold Delhaize’s own operation primarily result from energy, refrigeration systems and owned and leased transport. The value chain focus is on the thousands of suppliers, producers and farmers who supply hundreds of thousands of products that are sold to millions of customers across the U.S. and Europe each day, the company noted.

“A key element of our decarbonization efforts is encouraging and supporting our suppliers in setting their own emission reduction targets in line with the latest scientific evidence, and signing up to the Science Based Targets initiative,” Ahold Delhaize said in a statement. “These emission reduction commitments will accelerate improvements in livestock farming, raw material sourcing, deforestation reduction, processing, food waste reduction, packaging and transport. Our brands can contribute by supporting their suppliers and farmers with concrete environmental actions. They can do this, for example, by setting up long-term contracts with farmers.”

The Science Based Targets initiative (SBTi) is a partnership between the Carbon Dioxide Project, the United Nations Global Compact, World Resources Institute and the World Wide Fund for Nature. Science-based targets are set to provide companies with a clearly defined path to reduce emissions in line with the goals of the Paris Agreement international treaty on climate change. More than 4,000 businesses around the world work with the SBTi.

As part of its effort, Ahold Delhaize noted that several company brands are continuing to introduce plant-based protein products in their assortments while driving the improvement of existing assortments and developing new selections with less embedded emissions. Its local Albert Heijn brand, for instance, is working to achieve a distribution of 60% plant-based and 40% animal-based protein sales by 2030.

“All our brands in Europe will commit to baseline their current protein ratio and set protein ratio targets by the end of 2024,” Ahold Delhaize reported.

“Helping customers understand the impact of their buying decisions and make choices that fit their needs, their tastes and their values is an important part of our approach,” the company said. “This includes stimulating and rewarding more sustainable choices through loyalty programs and discounts, increasing product transparency through navigation systems and product labelling, improving assortments with more vegan and vegetarian products, and increasing awareness and knowledge about a healthy lifestyle.”