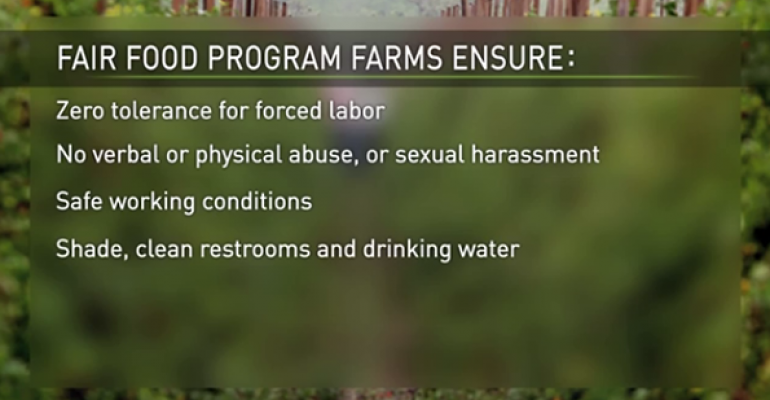 Ahold USA said Wednesday it has joined the Coalition of Immokalee Workers’ Fair Food Program, and that it is committed to buying tomatoes only from growers meeting the CIW’s labor standards and paying a "penny-per-pound" premium on tomato orders to fund farm worker wage increases.

Ahold, which operates 776 supermarkets in 14 states, is the first major U.S. conventional supermarket chain to join the program. It said its participation would increase the number of U.S. grocery stores carrying Fair Food tomatoes by 75%.

Whole Foods Market, Wal-Mart Stores, The Fresh Market and Trader Joe’s are also members of the Fair Food program. The CIW has conducted a campaign urging companies to participate, notably Publix Super Markets. Publix has declined to join, saying it did want to be drawn into a labor dispute between its suppliers and their employees.

Ahold said joining the movement was an “important next step” in an ongoing commitment to responsible retailing.