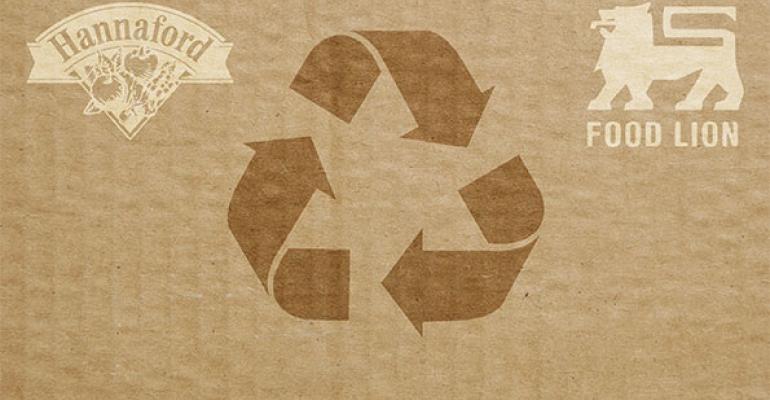 Hannaford’s private brand work with the Sustainable Packaging Coalition is one of many sustainability advancements within the Delhaize Group, according to the Brussels-headquartered company’s sustainability progress report.

Among other achievements, Scarborough, Maine-based Hannaford improved the traceability of palm oil used in its private brand products and purchased "Green Palm" certificates to move toward the company's 2020 goal of using only traceable and deforestation-free palm oil, according to a statement.

The report provides detailed progress information through 2014 on efforts to become a sustainability leader in all markets.

Food Lion also accelerated its efforts toward achieving zero waste—a key component of Delhaize Group’s 2020 ambition — by launching a pilot program at its concept store in Concord, N.C. The goal of the pilot was to reduce waste by 80% in the program’s first year. The Concord store not only achieved the goal, but exceeded expectations.

Under the pilot, the store revamped its recycling program to include new materials like hard plastics and office paper, as well as to better engage customers and associates with recycling. Managers chose a color-coded, three-receptacle bin custom built for Food Lion to accept aluminum and glass, plastics and paper.

The store made the divided bins accessible to customers inside and outside the store, as well as to associates in every break room.

Food Lion has since introduced zero waste initiatives in an additional 50 Food Lion stores. The company plans to further expand the pilot to 250 stores in 2015 and to all Food Lion stores by the end of 2018.