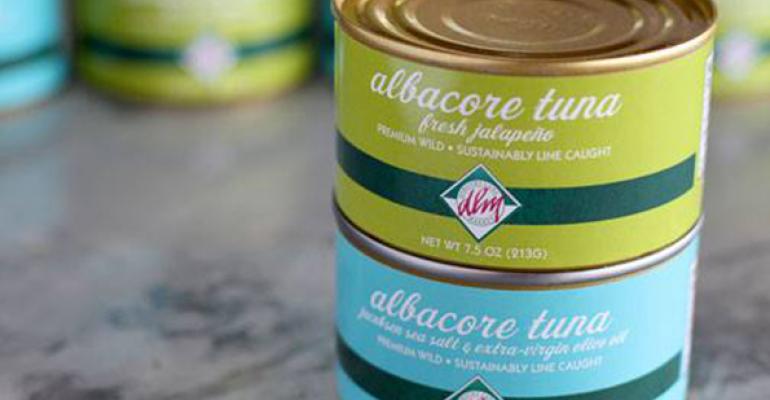 Marketed under the DLM private label, the premium tuna comes from a community fishery in Garibaldi, Ore., located on Tillamook Bay.

The tuna is caught as the schools migrate up the West Coast with a hook and line, a process that keeps dolphins and turtles safe.

“Mother Nature has taken care of the timing in the life cycle of the albacore to deliver us a product that is so healthy and has the highest amount of beneficial omega-3 oils of all the tunas,” Jack Gridley, DLM’s VP of meat and seafood, writes in the retailer's "Market Report" for April. “The fish have been feeding on a diet rich with anchovies and sardines.”

Another benefit is that the fish are relatively small, weighing 10 to 30 pounds, eliminating the worry about them accumulating significant quantities of mercury, according to Gridley.

Taste the flavor and difference when you try DLM's new line of canned albacore tuna. We partner with a community fishery...

The fishery has been awarded Marine Stewardship Council certification for sustainability and being well-managed, as well as “Best Choice” by the Monterey Bay Aquarium.

After the fish is caught, a local processing plant cans the hand-cut chunks of the albacore.