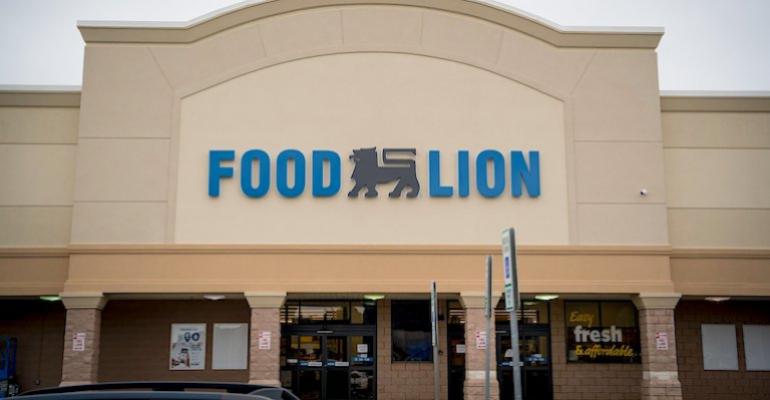 Food Lion
Food Lion's energy reductions in carbon emissions since 2000 are equivalent to providing 70,717 homes with energy for one year.
Issues & Trends>Sustainability

Food Lion has been named Energy Star Partner of the Year for a 19th consecutive year by the U.S. Environmental Protection Agency.

The Salisbury, N.C.-based supermarket chain, part of Ahold Delhaize USA, said that its energy reductions in carbon emissions since 2000 are equivalent to supplying the energy to charge more than 75.3 billion smartphones or providing 70,717 neighbors homes’ energy for one year.

“Food Lion has won the Energy Partner of the Year award 19 years consecutively, achieving the Sustained Excellence distinction for the last 17 of those years,” Stephan Sylvan, director of communications for the climate protection partnerships division at the EPA, said in a statement. “Food Lion has received this honor more times than any other company.”

Food Lion said its energy conservation initiatives include upgrading its in-store lighting to LEDs. Thus far, more than 400 of the grocer’s 1,000 stores in 10 Mid-Atlantic and Southeastern states have converted to LED lighting. Other efforts include doors on dairy and produce cases to contain cold temperatures as well as motion sensors on freezer cases that turn lighting on and off as shoppers open and close the doors.

“We are honored to serve as a leader in energy conservation and efficiency,” commented Matt Yates, vice president of brand strategy at Food Lion. “Our energy savings help us lower our costs, so we can keep our prices low for our customers.”

The Energy Star Partner of the Year award recognizes organizations’ contributions to reducing greenhouse gas emissions via achievements in energy efficiency. Sustained Excellence honors go to partners that have already received Energy Star Partner of the Year awards for a minimum of two consecutive years and have gone above the criteria needed to qualify for recognition.